With changes occurring in Indonesian society through the country’s improved economy, there has also been a paradigm shift in how Indonesian people perceive the importance of higher education.

Particularly in major cities like Jakarta, a high school diploma is no longer an adequate tool with which to engage in a highly competitive job market. With Indonesia’s economy conducive to more businesses in need of people with higher education, correspondingly, there has been an increasing demand for universities and colleges in the archipelago. 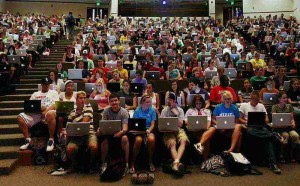 Another crucial factor that has led to the increasing demand is the need for better-qualified human resources to benefit the utilization of the Indonesia’s abundant natural resources. Those national and multi-national companies engaged in natural resource exploration activities will always need highly skilled professionals with higher education of at least bachelor’s degree. Some companies even require a master’s degree in order to apply for jobs and ultimately be recruited.

Unfortunately, the rigidity of Indonesia’s higher education system, which often emphasizes “rote learning” approaches (the memorization technique based on repetition), and with too many subject requirements, has helped little in the development of students’ skills and talents.

As a means of improving the quality of higher education, the Ministry of Education has drafted the “Higher Education Act”, which includes the internationalization of the national higher education system by allowing foreign universities to establish their presence in Indonesia. 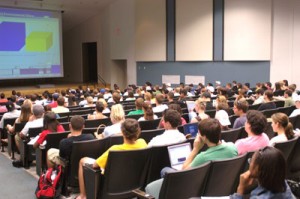 According to Djoko Santoso, the ministry’s director general of higher education, globalization has paved the way for a borderless world in many aspects of life, in that global education should play a more important role in building a nation.

“We are living in conditions where only competent and quality human resources are able to tackle the more competitive challenges in the era of globalization. Therefore, the university, as a higher education institution, should be able to respond to these conditions by producing quality graduates who can compete at the international level,” Djoko was quoted as saying on the ministry website.

“But my concern is not for the establishing phase. It lies with getting the right curricula that can improve the quality of our existing education,” William Xue, SE, MM, a lecturer at Atma Jaya Catholic University, told The Jakarta Post.

“An international certificate drafted by a foreign university can be more valuable than that of a local university. However, not all foreign universities offer a good curriculum. So, it is the government’s job to select the ones that serve the long-term goals of producing better graduates in Indonesia.” 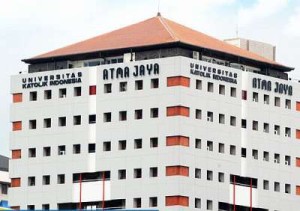 Asked what could lead to the improvement in the quality of national higher education, William, who lectures in corporate finance management, replied: “We need to utilize better information & technology, to apply skills in mentoring rather than merely lecturing students, and to improve the curriculum (so as not to put too much emphasis on rote learning).”

Prof. Dr. Winarno, the former rector of Atma Jaya Catholic University, has an innovative view: he believes that Indonesia should consider utilizing the country’s biodiversity aspects as one of many means with which to build a better higher education system.

“I’m aware that our curriculum is not focused, and it’s the time to gradually improve it by focusing on certain subjects,” Winarno explained, citing biodiversity as one potential focused subject. “The strength of biodiversity lies in three aspects, which are energy, water and food. We have them all, and higher education institutions should improve their curriculum by injecting science and technology into aspects of biodiversity.”

Dubbed the founding father of food technology in Indonesia by the Indonesian Museum of Records (MURI), Winarno played a major role in the establishment of the faculty of biotechnology at Atma Jaya Catholic University in 2002.

“We established the first biotechnology department in Indonesia. Students enrolled in this department can achieve better insights into the food and medical industries by increasingly focused subjects.”