As the term globalization means living in the borderless era, the world of fashion gives the opportunity for eminent fashion brands to expand their product ranges. 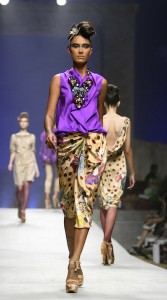 It has been more than three decades that the name Giorgio Armani has become one of the prestigious icons in a global fashion. Trendsetter in the ongoing revolution in male’s clothing, Armani has put itself forefront in its concept of making elegant sporty dress for not only men, but also women.

The brand’s contemporary aesthetics are where the elegance rolls through a variety of attitudes that are expressed through colors. Designed for both men and women, the Italian Armani’s latest collection offers a virtuoso display of patterns that defines being classy.
Bearing his name as the brand, Giorgio Armani has since the founding of his company in1975 won the heart of socialites and high-class society with the brand’s masculine looks. Despite being popular among men, a great number of women, particularly in high-end communities, are in favor of Armani’s products.

But it’s different from the perspective of the preeminent fashion designer house Ermenegildo Zegna when it comes to men’s clothing.

The Italy’s oldest family business in men’s luxury clothing has for almost a century been focusing on creating sumptuous pieces. And Ermenegildo Zegna has brought more innovative creativities to the fashion realm with the brand’s collection of Autumn-Winter 2009-2110.

The collection redefines classical style with traditional tailoring and contemporary elegance. Albeit creating something new and fresh, Ermenegildo Zegna’s artisan savoir-faire remains.
Ermenegildo Zegna is one of those that specialize in men’s clothing. Notwithstanding the brand’s success in the male’s apparels, women’s clothing is still made up much bigger chunk in the fashion market. It is not a surprise if the home-grown Singaporean Raoul brand has spread its wings into making women’s apparels. 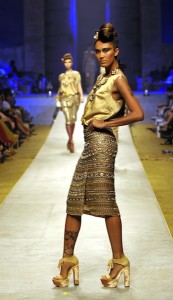 Initially to focus on the making of men’s clothing having evoked the elegance of the 1920s fashion plate, Raoul has since last year come up with better design of women’s clothing. While the brand has brought more black and white patterns and designs to the men’s fashion realm, Raoul’s women’s clothing is inspired by the 19th century impressionism era where the brand showcases blouses, shirts and evening gowns in yellow, orange, ocher and green.

In addition to featuring stocking and lace-up boots paired with knee-length dresses, Raoul offers more selections of lady dresses like cocoon and slim skirts along with leather skirts.

Inspired by geometric architecture of the art deco movement, both men’s and women’s collection is truly second to none. “Raoul’s sophisticated stylish plush velvet jacket is one of those that women have penchant for. Its women’s pieces have given fashionistas a spark of different taste, though they don’t look too flashy,” Lisa, a restaurateur who spoke with The Jakarta Globe while visiting a Raoul’s store at Pacific Place, remarked.

Lucyana Kaschull, one of the Jakarta’s socialites and fashion connoisseurs, said that sartorial content and distinguished styling are the two most important elements for haute couture to burst the international scene of fashion. Her passion for fashion has led her to admire brands like Dolce & Gabbana and Donna Karan.

“I like the two brands for their classic style. I believe that classic is a timeless expression of being beautiful and elegant; both of which are what all women want to be,” Lucyana said.
Amazed with the two fashion house designers’ uniqueness and creativity, Lucyana added, “The brand of Dolce & Gabbana has been the trendsetter in the fashion realm and the two designers have designed a number of my dresses!”

As for Donna Karan, she furthered that her design was something every woman would like to wear. “Donna Karan is known for her rich materials that fit all body types. Both Dolce & Gabbana and Donna Karan’s pieces really make me feel sexy and smart.”
Lucyana is right. It is essential for a fashion designer house to produce ethereal pieces into sexy and smart dress. Roberto Cavalli’s collections have thus far attracted ladies who adore sensuality as a hidden sexiness.

Roberto Cavalli delivers the sensuality of his designs with strong natural and sophisticated femininity. Some of Cavalli’s T-shirt dresses for evening reveal the romantic, innocent but seductive pieces of art with explosions of vibrant colors.

Asked his opinion about the view on fashion and globalization, Biyan, one of the Indonesia’s noted fashion designers, said, “The world has gone into two directions, east and west. Today’s globalization has allowed the world of fashion to emerge where the color of east and west blend.”