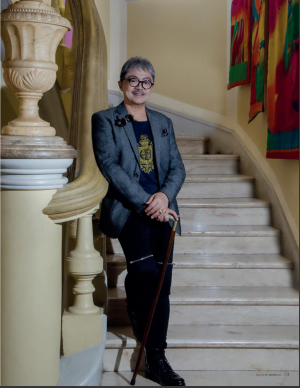 On one afternoon, haute couture designer Harry Darsono tours us around his personal abode-cum-museum in South Jakarta’s Cilandak area. Beautifully built in Baroque and Rococo architecture styles, the design of the museum is actually based on the sketch Harry drew when was still nine years old. That’s the time when the little Harry lived in Paris, France, had a period of speech therapy for ADHD (Attention Deficit Hyperactivity Disorder), and was identified as indigo.

“I was an aggressive and hyperactive kid who had so many thoughts in my mind, in that I couldn’t expressed them in a proper language. I was then sent by my uncle, Prof. R.M. Soejoenoes, who needed to complete his PhD by Research, to a special needs school in Paris,” Harry recalls his childhood.

Harry is very open talking about sharing the issue, as he believes that children with learning difficulties are blessed with gifts not normally possessed by other children. Contrary to the public perception, Harry emphasises that ADHD is completely opposite of autism.

Harry Darsono Museum, which exhibits sumptuous collections of the designer’s high fashion masterpieces and exquisite artworks, indeed speaks clearly of Harry and his creativities. And exploring the museum is where we find the inspiration in the life of the creative genius maestro.

Knowledgeable, energetic, and outspoken with a great sense of humour are how we describe the 66-year-old designer, who displays an indomitable spirit even stronger than his younger counterparts.

With over four decades of haute couture fashion under his belt, Harry has designed dresses and gowns for aristocratic families around the world. Among the collections displayed at his museum include those Harry created for HRH Princess Lilian of Belgium, HRH Princess Galitzine of Italy, and HRH Princess Diana.

Pointing at a gown, Harry says in excited gesture,” “Take a look at this black and white motif made from Swarovski crystal. I specially made this for the Princess of Wales. You see the matching hat; it’s one of the late Princess Diana’s favourites.” 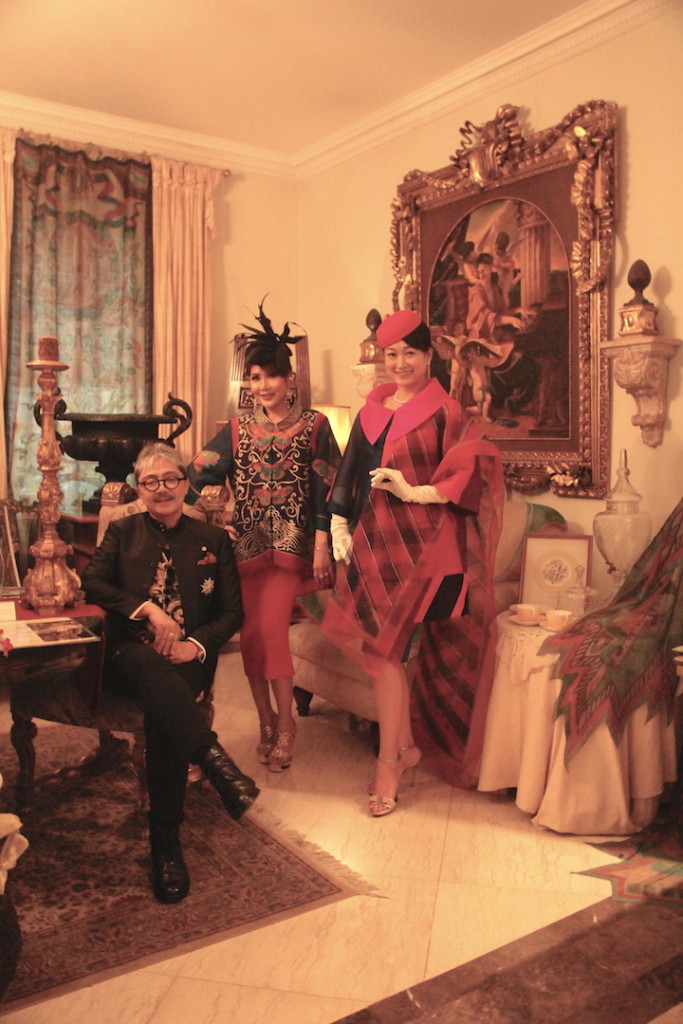 Precious gems, such as sapphire, ruby, emerald, as well as Crown and Tiaras, are also displayed at the museum. Other treasures exhibited include a perfume fountain used by Louis XV, the diamond and gold thread dresses wore by HM Queen Sirikit of Thailand, the diamond and gold thread dress wore by HM Queen Rania of Royal Jordan for her coronation, and a number of elegant costumes for esteemed operas.

Harry Darsono Museum is open for the public, but only takes private groups from 12 to 18 people by appointment only. In addition to this museum, Harry has three other museums that display his life-long hobbies and masterpieces, from porcelains to antique locomotives.

“I’m really into everything about locomotive, the design, function,…everything.” On a separate occasion, Harry takes Registry Indonesia to the Transportation Museum at Taman Mini Indonesia Indah where he shows us around the old locomotive once used by President Sukarno.

As he captivates us with more stories behind his collections, we discover that Harry is a vivid art collector, as he exhibits his fabulous paintings, and other objects of arts. The space of the museum is also filled with posh chairs and beautiful tea set, grand pianos, fine jewelleries and high-end cell phones.

Harry is a gifted musician and plays 13 musical instruments. He shares a bit of his talent, as his fingers are dancing with grace upon the piano and harp.

Understanding the genius and his masterpieces takes more than the world of fashion. A living legend of multi talented designer, fine artist, musician, psychologist and educator is what Harry Darsono is about – The genius who is also knighted the title “Sir” from HM Queen Elizabeth II for his social educative contributions through the world of arts and designs.

Comparing to Leonardo Da Vinci, Galileo Galilei and Avicenna, whose names have been inked in history, therefore, it is no exaggerated to include Harry Darsono if you are asked any of living Indonesians who deserve on the list. 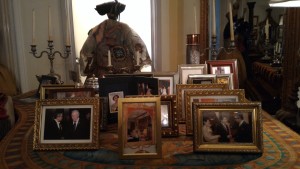 Fashion is sensation. Fashion is very individual, he adds. “If I want to design a dress, I have to see the person who is going to wear it.”

His assertion was reflected in Carnivale of Colourful Couture, the musical couture show he held last October in Jakarta. This was where the genius Harry spectacularly showcased the journey of his art to wear masterpieces.

Carnivale of Colourful Couture was actually recreated from Harry’s sold-out haute couture shows in Shanghai, Beijing, Seoul and Kyoto Royal Palace he held a couple months earlier. Adorned by 36 international models from Shanghai and Milan, each of the shows featured an exclusive musical couture that blends passionate elements of art, design, fashion and craftsmanship in unique creations of Harry Darsono.

Needless to say, each of the shows was a huge success.

“Right after I just got back from these four shows, my philanthropies who always support Harry Darsono foundation since 1979 asked me, ‘Why don’t you have the same show in Jakarta, showcasing your historic haute couture collections as you did in these four cities?’ I said yes, Let’s do it,” he recalls.

Harry believes that fashion is fabricated very specific for each individual, so he contemplated the show to be held differently. He avoided professional models and turned to the families of donators, philanthropies, supporters and sponsors.

“The first step was letting the new models to choose which haute couture collection they wanted to wear. I showed them photos from my previous shows in the four cities. Then I recreated the designs, in different colours and schemes, and fit them to the models’ sizes, and added cultural elements…and it was another huge success.”

Originally published in the December issue of Registry Indonesia