This could be the right time to make a purchase for anyone who plans to replace their hand-set or buy a new one to add to their collection. Major producers, such as Nokia, Samsung and LG, are introducing their latest products with more sophisticated features and a more fashionable appearance.

Nokia, for instance, has just unveiled the latest product of its Communicator series: the E90.

While its predecessor, the Nokia N9500, is equipped with a VGA camera that is only capable of producing casual snapshots, the E90’s 3.2 megapixel camera with flash and autofocus, in resolution at least, is quite comparable with a standalone digital camera. In addition to having a second camera for videoconferencing, the E90 can record in video with a DVD-like VGA result. 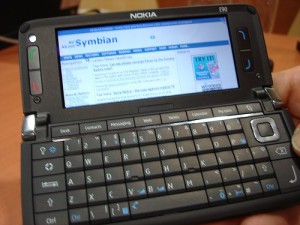 What is the Communicator is all about?

With a dimension of 132 mm x 57 mm x 20 mm and a weight of 210 grams, surely this 3G smart hand-set will attract people with high mobility, particularly businesspeople.

“Equipped with sophisticated features such as high-speed mobile broadband, integrated WLAN and HTML web browser, the E90, just like other models in the Communicator series, is indeed a laptop in your pocket,” Nokia Indonesia country manager Hasan Aula said during the product launch in Jakarta on Wednesday.

Black in color, this newest Nokia Communicator is rich with devices featuring the latest mobile technology, which offers better and faster information access.

The Communicator E90 is not the only new model being offered by Nokia. For those who prefer a smaller and lighter model, the Nokia N95 could be an option worth picking up. Measuring 99 mm in length, 53 mm in width, 20 mm thickness and 120 grams in weight, the hand-set’s features are just what today’s innovative mobile phone technology promises.

“It’s what computers have become. Using the phone’s Internet connection, it took me only minutes to book a hotel when I was traveling,” businessman Richard Mangapul said.

With High-Speed Downlink Packet Access (HSDPA), the Nokia N95 can operate faster than 3G Internet service. Having a 5 Mega-Pixel camera with DVD-like quality video in addition to integrated GPS and maps features, the Nokia N95 was named by Technical Image Press Association (TIPA) as “The Best Mobile Imaging Device in Europe 2007” in April this year. 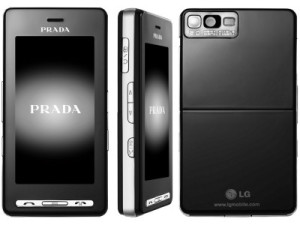 “This aesthetic mobile phone suits those who appreciate art and design,” Ira Lestari, a Jakarta based graphic designer, commented. The hand-set’s advanced touch interface, accessories and leather case, which was inspired by the uniquely classic Italian traditional style, is considered by some people as a breakthrough in today’s mobile telecommunication industry.

With a weight of 85 grams and a size of 98.8 x 54 x 12 mm, the 3G-ready hand-set is also claimed to be one of the lightest and thinnest hand-sets available on the market. And with a wide LCD screen, users can enjoy the visual impact of this fashionable hand-set, including the 2 megapixel camera featuring Schneider-Kreuznach lens and video player.

For people like Ira who love to store images, music and movie clips in their cell phones, the LG Prada is a good buy as it has an external memory slot that allows users to increase memory capacity for such files.

“Plus the phone’s MP3 player and music multitasking function for messaging makes it one of the coolest mobile phones I’ve ever seen,” Ira claimed.

“With HSDPA, the transfer data speed is six times faster than most 3G hand-sets. So it will enable users to download big files, like streaming video and video call files. In fact, the download time is faster than other types of 3G cellular networks such as Wideband Code Division Multiple Access (W-CDMA) and ADSL services,” Junio Syarif, a mobile phone store owner in South Jakarta, said.

In addition, not only is this strongly built hand-set a stylish clamshell but it is also equipped with 30 MB of internal memory, MP3 player with external controls and other features similar to Samsung’s two other latest models, the SCH-W579 and the SGH-Z720. Of the two models, the SCH-W579 is unique in that it enables users to access both GSM and CDMA networks with just the one hand-set.