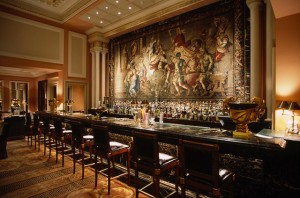 Any plan to visit Greece in the near future..? If you do, don’t miss the chance to pay a visit, or even spend the nights at Grande Bretagne, an antique historical building in Athens. Located in the center of Athens, the Hotel Grande Bretagne is a precious local landmark and has been the Greek State’s Official Guesthouse. 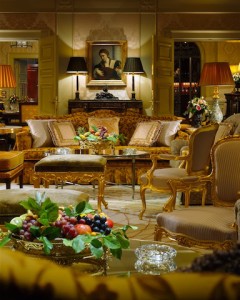 Built in 1862, the most celebrated grandiose hotel of Europe has been a silent eye-witness to many historical political events that have altered the country’s history. It has been host to politicians, diplomats, famous movie stars and VIPs from all over the world. For almost two decades Grande Bretagne has witnessed, and was part of, the great changes that took Greece into the family of modern European capitals.

Grande Bretagne has always been the venue of the Greek capital’s important social gatherings. Receptions, balls, cotillions, marriages, fashion shows and banquets are regularly held in the hotel’s halls; while the lounges, salons and the bar – in addition to being a favourite haunt of cosmopolitan Athenians-are well-known as the meeting venue of businessmen, politicians and VIPs. 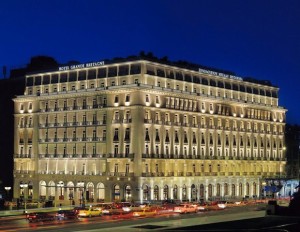 The most famous brasserie in the capital lies to your right as you walk into the lobby. The GB Corner is not only well-known for its unique ambience and excellent Mediterranean cuisine, but also for its noted clientele. Highly eminent Athenians meet here to partake in GB Corner’s refined environment, complete with its luxurious yet functional lighting and the unique comfort afforded by perfectly designed chairs and dinner tables arranged to allow privacy in crowd. 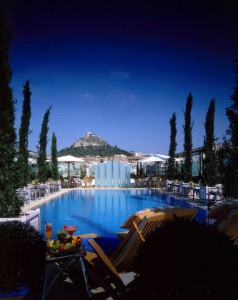 After passing through the main entrance and the hotel lobby, we come to a relaxing haven, the Winter Garden, a cosmopolitan space with an open atrium adorned with a water fountain in the centre where the soothing sounds of water and soft music envelop the area. The stained glass ceiling, tall palm trees, elegant furniture and silver cutlery create a scene that transcends the limits of time and space.

The Winter Garden seems to have been emerged from an epic movie, such as Bernardo Bertolucci’s “1900” (just one of the numerous eminent personalities who have stayed at the Grande Bretagne). This multifunctional area is an unsurpassed meeting point for our guests and visitors wishing to have a meal or a business meeting. With its tasteful selections, especially for the brunch hour, it meets the highest gourmet demands. 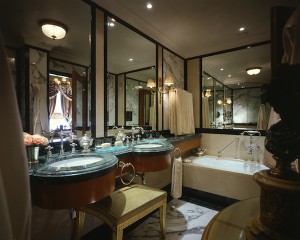 Moreover, the ideal place to begin your day is none other than the Royal Room (or Pavilion). Here you can indulge in the delights of a sumptuous breakfast. And if the first meal of the day is not just a routine for you but a very special part of any special day, here you can share in an atmosphere that’s sure to relax. Together with the Winter Garden this spacious square room shares the outstanding view of the atrium garden, which lies in the heart of the hotel and is flooded by light from the large windows along the one side. And even though the luxury of the China and the furniture verges on the opulent, the light cream colors maintain an aesthetic balance, inspiring a light mood. 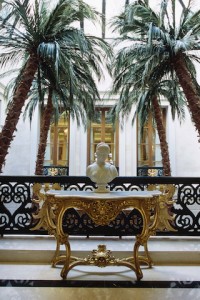 Grande Bretagne presents another fabulous spot for visitors, Alexander’s Bar, the best Hotel Bar in the world. Only a year since its spectacular renovation in 2003, the hotel won another recognition of international standard. Forbes.com selected Alexander’s Bar as the “Best Hotel Bar in the World” out of many well-established luxury hotels around the globe. It’s warm, cozy yet sophisticated ambiance makes it Athens’ most distinguished hotel bar. With an extensive cigar list and eclectic liquors, knowledgeable bar tenders and polite waitresses, it is no wonder that this bar (featuring a genuine 18th century tapestry of Alexander the Great) was chosen as the best. 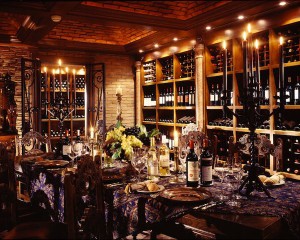 The imposing Alexander’s Bar is situated to the left of the Winter Garden. There, the comfortable leather stools invite us to surrender to a round-the-world voyage of wines and spirits, having as guides some of the most informed and friendly bartenders the world has to offer. The rare 18th-century handmade tapestry that hangs above the bar depicts Alexander the Great’s entrance into Gavgamila, and is one of the oldest trademark items in the Hotel. 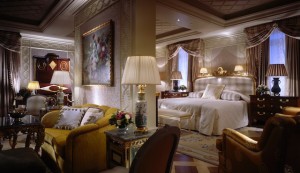 In July, 2005, aboard the Sea Cloud in Piraeus, the American Academy of Hospitality Sciences, presented the Hotel Grande Bretagne with the Five Star Diamond Award, for rewarding excellence in the global travel and luxury services sector. 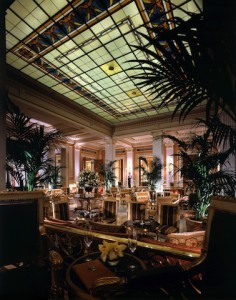 The International Five Star Diamond Award is the most prestigious emblem of achievement and true quality in the world today; an international award many strive for. The award denotes that the award-holder demonstrates a commitment to excellence in luxury and service within its category and classification. Recipients are represented throughout the world from North America to Europe, South America to Africa and throughout Asia. Among the recipients of the Award are: Burj Al Arab (Dubai, UAE), Four Seasons Hotel (New York, NY, U.S.) and Hotel Ritz (Paris, France), only to name a few. 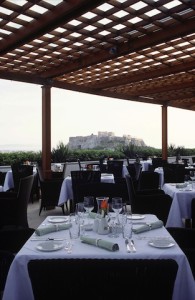 Starwood Hotels & Resorts Worldwide, Inc., one of the leading hotel and leisure companies in the world owns and manages approximately 750 properties in more than 80 countries with altogether 120,000 employees. With internationally renowned brands, Starwood corporation is a fully integrated owner, operator and franchisor of hotels and resorts such as St. Regis, The Luxury Collection, Sheraton, Westin, Four Points by Sheraton, and W, Hotels and Resorts as well as Starwood Vacation Ownership, Inc., one of the premier developers and operators of high quality vacation interval ownership resorts.

Published in the 3rd edition of PMR Magazine S’pore, September 2008.