To city’s best restaurants outdo each other in presenting their best dishes by doing up entire rooms and attracting the right crowd, as Aulia Rachmat finds out. 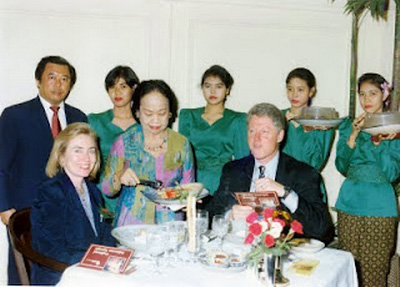 At Oasis, the doorman escorts guests through a lamp-lit entrance hall to their table. Ladies are offered a corsage, and a large gong is struck to announce the party’s arrival. Sundanese music floats through the air, highlighting an experience that begins as one steps into a grand mansion that has housed the restaurant since 1968.

Obviously, people don’t go to Oasis for the food alone, as atmosphere – ambience is inadequate to describe it – counts for a lot as well. Yet few can resist a tempting offer of Rijsttafel, literally rice table – in a splendidly set antique table worthy of a passing royalty. Comprising 12 entrees, teh dish – or rather the feast – is served by 12 female staff dressed in kebaya and batik sarong, Oom Mucharam Endi, general manager, points out.

Executive Chef Ewald Falk vows to preserve traditional Indonesian and Western culinary traditions and present them exquisitely. Among those who have experienced such fine touches were King Juan Carlos and Queen Sofia of Spain, H.R.H. Prince Bernard of the Netherlands, former British Prime Minister Margareth Thatcher, former United States President and first lady –Bill Clinton and Hillary Clinton and Shinzo Abe of Japan, are only a few of the best known leaders who choose to spend a memorable evenings at this uniquely archipelagic antique restaurant. 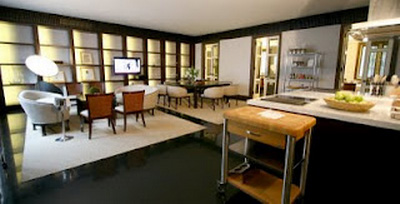 In fact, affluent people like government ministers and ambassadors are among the restaurant’s regular patrons. In addition, the restaurant’s modern state-of-the art cooking studio is open for any patrons wanting to take a weekly cooking class conducted by a French chef as well as occasional chefs from around the world.

The restaurant sets tables that encourage ritual – some say tedious – French dining where impeccable arrangement of the best cutlery, glassware and china is paramount. “We don’t do more than French at all,” says Rahardja. “Our menu is traditional French bourgeoisie cuisine that blends the flavours of Provence and classic delicacies of South-western France. The restaurant’s signature dishes, like boeuf Bourguignon and confit de canard, are among the favourites,” beams Rahardja. Emilie holds the distinction of being the first and only restaurant in Jakarta to receive the Award of Excellence from Wine Spectator and tempts the patrons with over 100 award-winning wines from France and Australia.

Speaking of wine, high quality red wine should be paired with fine steak. It is in Rustique grill and wine, a newly high-end bistro in town where patrons can enjoy such a perfect pairing in an extraordinary open-warm extensive dining room that is casual but intimate and elegant.

“And our ‘dry aged beef’ concept really attracts those hunger for another new culinary experience. It is a natural tenderizing process that allows the beef to age perfectly so it becomes incredibly tender, much juicier and flavoursome,” the restaurant’s marketing manager Felicia Ingrid says.

Another interesting part of the restaurant is Rustique’s visual trademark’s half electrifying capsule shape bar where many patrons can relax in a splendid environment sipping for a drink before enjoying the restaurant’s sharing menu of over 40 a la carte dishes, Ingrid furthers.

“Many of our regular customers are high-profile expatriates and business executives such as those from Japan Airlines (JAL) and Chevron. Though, some celebrities like Putri Patricia and Ello, to name a few, frequently visit the restaurant.”

In spite of preeminent service and high-quality cooking delivered in a stand-alone upscale restaurant, dining in a restaurant at a five-star hotel is still a custom among well-off people.

Located on the third floor of the JW Marriott Hotel Jakarta, Asuka is decorated in elegant fashion using different styles, colour themes and textures in each of the restaurant’s six dining rooms.

“Our six separate dining rooms make guests feel as if they have stepped into Japan. Only to be reminded that they are still in Jakarta, through the spectacular view of the main road Casablanca,” the hotel’s director of Food and Beverage, Dieter Greigeritsch says. 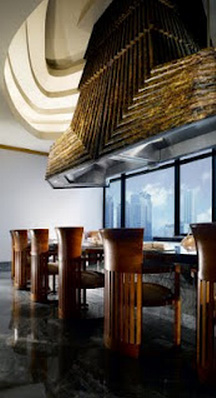 “In addition to offering excellent service, patrons are satisfied with the ranges of our favourite dishes such as sashimi and tempura,” Greigeritsch furthers, “and I also recommend our Salmons, Octopus and Unagi. Some patrons who prefer to eat meat instead of sushi can enjoy Masosuka and Kobe, highest graded beef imported from Japan. Otherwise, you can relax in elegant chairs and couches drinking Japanese sake while breathtaking views of the main road Casablanca.”

Among the regular patrons are tycoons Arifin Panigoro and William Suryadjaja, businessman Peter Sondak, minister Sofyan Djalil and other celebrities and renowned people like Tamara Bleszynski and Adri Subono.

Just like at Asuka, C’s steak and seafood restaurant at Grand Hyatt Jakarta is also popular among businesspeople, diplomats and other socialites.

“With the choices of sandwiches, pastas, soups and salads, our Business Lunch package is really the best for rush businesspeople,” Gina Desmeralda, the hotel’s marketing communication manager, says. “Also, we have four semi-private and a private rooms that fit best for social gathering.” 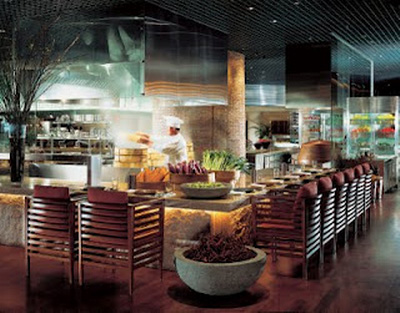 Having a variety choice of grilled steak and seafood in an open kitchen concept, C’s reveals its kitchen’s secret in a friendly atmosphere, where the restaurant’s exclusive clientele enjoy seeing the cooking process.

Furthermore, not only does the restaurant’s panel floor give a sense of exclusivity and warmth, but the glass partitions also create such spacious rooms as patrons can see the city sight from the restaurant while dining. With around three thousands of red and white wines neatly arranged inside glass cellars truly creates a sensationally chic view of the restaurant’s entrance.