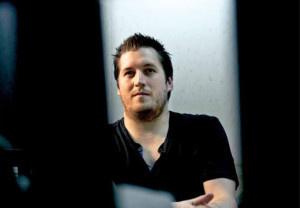 Through his avuncular smile, Gareth told JJK that he always wanted to work in the film industry. His 2006 self-penned feature “Footsteps”, premiered at the Swansea Bay Film Festival and was awarded “Best Feature Film”.  The flick proved to be the key to unlocking a wider door of opportunity for Gareth in the film industry. But Gareth in the end had his second thought.

The following year, while directing a documentary for Christine Hakim’s film entitled “The Mystic Arts of Indonesia: Pencak Silat”, Gareth discovered that this traditional Indonesian martial art was truly fascinating and he became drawn to Indonesia’s cultural heritage.

Married to Indonesian Rangga Maya Barack-Evans, who serves as his producer, Gareth then decided to move to Jakarta and make his own silat movies that he hoped would eventually captivate the audiences. In the wake of his breakout movie, “Merantau” (2009), Gareth is optimistic that “The Raid” (2011), out in March or April of this year, will go international.

What lies behind your idea of infusing pencak silat into the world of cinema?

Fight scenes, such as the ones performed by Bruce Lee and Jackie Chan, have always enthralled me since I was a kid. This was when I developed an interest in karate, kung fu and muay thai. I was immediately interested in pencak silat the very first time I saw it as I worked on a documentary film with Christine Hakim, and I felt compelled to share the fascinating world of silat with people back home. But there were no modern movies, at an international level at any rate, that showcased pencak silat. So, if I wanted to uncover the hidden charm of pencak silat, I had to make my own movie about it. And “Merantau” was where I got started.

Can you tell us a little more about “Merantau”?

In Indonesia, merantau is a social rite in which youngsters leave their hometowns in search of achievement.   The movie begins with a plot that shows the traditions and cultures of the West Sumatran village against which Yuda, played by Indonesian national pencak silat champion Iko Uwais, is set about his own merantau.  Equipped with silat harimau, a tiger-inspired martial art practiced in West Sumatra, Yuda decided to leave his mother and older brother in an attempt to master his pencak silat skills in Jakarta. The movie was Iko’s debut, but I liked his acting. I even told my wife that he had the potential to be a rising star.

Did you think that type of silat movie would be watched by people in your home country?

With “Merantau”, we weren’t really concerned about going international. We just focused on the local audience by bringing back the glory days of pencak silat. In the beginning, when we tried to raise the budget to make “Merantau”, a lot of people didn’t take us seriously because they related the idea of a silat movie to what they had seen on TV, which included people jumping unrealistically into the sky or turning into mythical creatures. That’s not the real silat, though. That’s just made-up bullshit! (laughs). Through “Merantau”, we wanted to show something grounded in reality. Pencak silat is no more than a martial art. Fingers crossed, our next movie, “The Raid” or “Serbuan Maut” as it will be titled in Indonesia, will achieve some degree of global success.

How confident are you that “The Raid” will earn international success?

Very confident, indeed. “The Raid” was screened at the recent Torino Film Festival in Italy and received enthusiastic response. At the Toronto International Film Festival in Canada in September 2011, “The Raid” was selected as the first movie to be played at “Midnight Madness” programme, which is well known for screening genre-themed films from across the world. The hype got bigger when Sony Pictures Worldwide Acquisitions picked up the US distribution rights for “The Raid” during last November’s Cannes Film Festival. The movie will get a Hollywood remake with a soundtrack by Linkin Park’s Mike Shinoda. The movie’s plot revolves around an elite SWAT who springs a surprise attack on a 30-story building in a slum in an effort to take down a drug kingpin. This time around, Iko Uwais, who together with Jaka (played by Indonesian national judo champion Joe Taslim), works as a member of SWAT. Combining pencak silat with gunplay, “The Raid” was at least partly inspired by Hong Kong action movies from the ‘80s and ‘90s, which have been augmented by elements of Japanese and American cinema.   Besides Indonesia and the US, “The Raid” will also be screened in Canada and the UK. So, the people back home will finally be able to watch one astonishing silat movie. (grins).