Unearthing the aphrodisiacal gastronomy that stimulates the palate and enhances sexual passion. 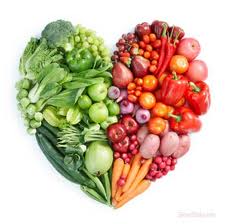 The word “aphrodisiac” originally comes from “Aphrodite”, the Greek goddess of beauty, fertility and sexual love. In the early time, the Greek physician Hippocrates suggested using honey to maintain healthy libido. And in the seventeenth century, asparagus was first claimed to be able to stir up bodily lust in man or woman.

Fast forward to the 21st century, the culinary world is still rife with those in pursuit of aphrodisiacs in many forms. Certain ingredients, such as chili, curry and others with strong aromas that easily cause to perspire are said to contain powerful aphrodisiacal properties.

Then there are oysters. This type of marine mollusk is one of the greatest aphrodisiacs believed for many centuries to enhance sexual desire in people of all ages. The history has recorded that there was a rumor saying that Casanova used to consume more than 50 oysters a day to increase his libido.

And we have listed some of the Jakarta’s romantic dining venues that offer a variety of aphrodisiac menus to stimulate your palate and sensual passion. 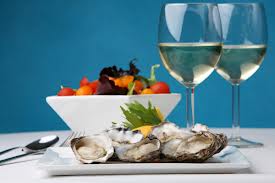 The man behind the running of the restaurant, French Chef Gilles Marx leads the team that creates innovative menu offering a delectable list of French dishes.

Sample the chef’s cooking of Autumn Truffle and Green Asparagus Risotto, Parmesan Tuile, or Duck prepared in two ways with Garlic Potatoes and Wild Mushrooms. You will see how the tastes of the asparagus with the strong smell of truffle and garlic can stimulate your appetite. Get the food paired with a glass of red wine. It will give you a buzz of aphrodisiac culinary excitement.

At Anatolia Restaurant, most dishes are cooked with garlic, which is believed to have an aphrodisiacal influence.

Served with rice, both entrées are not only scrumptious, but many believe that they can also increase your sexual desire.

This semi-fine dining is decorated with Persian traditional artifacts on the wall and carpet on the floor. It’s a perfect place especially for those seeking a discreet romantic ambience with the touch of authentic Turkey.

Text: The Writerpreneur. Published in The Nirwana (an in-house magazine of Nirwana Bali Resort).