If you’re a true player, you’ll stay where the games are.

The only hotel in the U.K. with its own polo fields and practice facilities, Coworth Hotel in Berkshire is a mansion-turned-hotel affiliated with the Hurlingham Polo Association. 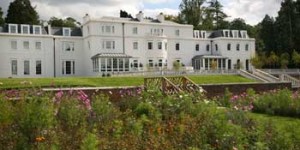 The world-class polo ground is managed by Guards Polo Club, an internationally-renowned polo club with 60-years experience of hosting world-class polo events. Lessons with well-known players are included in the rate and if you’re lucky, the polo matches hosted at this five-star hotel sometimes include the presence of Price William and Harry. It’s truly one royal treatment for the guests.

Sport is written on Coworth’s history already. Originally built in 1776, the Coworth estate had passed through several owners before falling on to Earl of Derby’s hand. The Georgian house located right outside Dorchester is also the famous host for the then Prince and Princess of Wales, the future King Edward VII and Queen Alexandra, who stayed there in 1879 and 1883 to watch horse racing at Ascot. 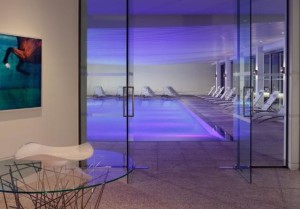 Now the charming mansion has turned into a 70-room luxury country house hotel owned by Dorchester Collection. The first polo field was built in mid 1980’s by Galen Weston, Selfridges and Fortnum & Mason founder. The current facilities can host 30 horses in its stables, grooming included, as well as providing a full program of polo tournament.

When you’re not riding on the field, check out its award-winning spa or dine at The Spatisserie. After all, aside from the upcoming match, you’re there to relax and enjoy picturesque countryside England.