The New Zealand trade commissioner expresses her confidence that the year 2012 will set the ground for further growth in bilateral trade between the South Pacific Ocean’s country and the archipelagic Indonesia. 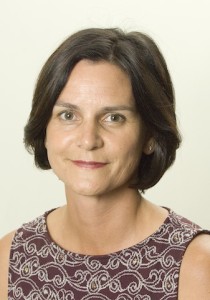 Fiona is headquartered in Kuala Lumpur overseeing the operations and key relationships of New Zealand Trade & Enterprise (NZTE) in the three countries.

Before appointed as the trade commissioner in January 2010, she was the international market manager of NZTE for Southeast Asia. Her past incumbency included working with exporting companies in the region.

NZTE is New Zealand’s economic development and trade promotion agency with a global network of 45 offices that connect New Zealand businesses with the world.

“Currently, Indonesia is New Zealand’s ninth largest export market, which makes it the largest in Southeast Asia. The first semester of 2011 recorded the export value of NZ$ 859 million (around Rp 5.9 trillion). In return, also as booked in the first semester of 2011, New Zealand imports from Indonesia were valued at NZ$ 704 million (around Rp 4.9 trillion), making it New Zealand’s fifteenth largest source of imports,” she explains while showing the latest data from NZTE.

Asked how confident she is to triple the bilateral trade by 2020, Fiona responds, “Our strength is in Food and Beverages industry. Our total exports to Indonesia consist of mostly high quality diary products, which have recorded the ever-increasing demand during the last five years, particularly in 2011. And I’m very optimistic that the demand will be higher in 2012 looking at the fact that Indonesia is developing a much better world-class F&B; market that demands high-quality dairy products,” Fiona says.

She adds that the trends for exports to Indonesia also include high-end value added products such as avocado oil, Manuka Honey and wine. “As a Muslim majority country, the alcoholic beverages sector in Indonesia is small relative to its large population. However, it has been reported that Indonesia is experiencing a substantial increase in wine consumption, ranging from uninitiated to sophisticated drinkers, mainly in big cities like Jakarta and the Hindu majority tourist island of Bali.”