Originally was published in The Jakarta Post on June 6, 2016.

At the helm of Jotun Indonesia, Eric Mallace focuses on human resources as the capital that drives the business further in the industry. 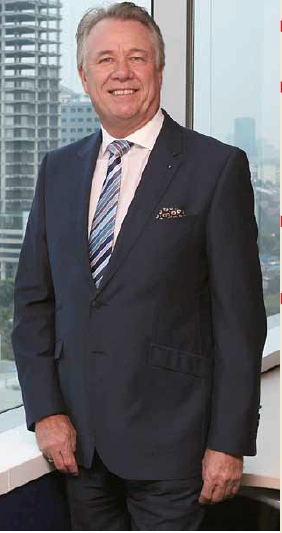 With more than 25 years’ experience under his belt, Eric Mallace recalled the moment he first embarked on the world of sales. He once worked in sales in Dubai. Since then, the Scot has climbed the corporate ladder with more exploration in Asia.

He has been the president director of Jotun Indonesia since 2011. Jotun, a Norwegian chemical company focusing on paints and coatings, established a presence in Indonesia in the 1990s, during which the archipelago experienced a slow market and unstable political condition. As time went by, the business grew.

The company has booked positive growth with a plan to build a distribution center as well as invest more on land. Now, Jotun has secured the number 1 position in marine paint business and moving up fast in the decorative house category. It’s only natural that with the industry growth, more competitors are entering the Indonesia market.

As one of the prime companies in the paint industry, Jotun has its own strategy. “We believe in innovation. We’re also focusing on the premium end of the market. And then we have the shops concept. We believe that people who want to buy paint want to choose the colors. So we create a shopping experience where people can see. We’re now in the fast lane in terms of running the business,” Mallace asserted.

For this on-the-move leader, Jotun Indonesia isn’t going to be his last stop. Once he gets everything going, usually in four to five years, he’ll move on to a new place and everything will start over.

Every time he moves into a new branch he asks himself: “What am I going to do to improve the company?” In order to make changes, he needs to know what the problems are, what needs fixing and what’s working well. However, it’s not always easy to see from the outside, so the first thing he does is gather everyone to gain clear insight on what’s going on. “I’m a believer of ‘outside looking in’ and not just ‘inside looking out.’ So, I seek opinions and encourage people to find their own solution.”

Coming in as an outside expert to helm a company in a foreign country can be challenging. “When you come into a role of president director for only four or five years, you have limited time to make an impact. You have to put something and improve, especially the people. That’s my philosophy. I’m always interested in how people would do things.”

Thankfully, technology has changed how leadership is done, enabling faster improvements. Mallace recalled his early days when even a cell phone was a luxury. “We were on a more organized structure then, we planned out appointments in advance and arrived on time because we had no mobile phone to inform where you were,” he recalled. People were more independent too, because if something was broken, getting help was quite hard. “You should be creative, innovative and make decisions. Nowadays, you’re very accessible, people send you messages, and people are calling me at 6 in the morning. However, on the upside, technology helps us a lot because when you see something, you just take pictures and send it to the group chat and it’s fixed.” 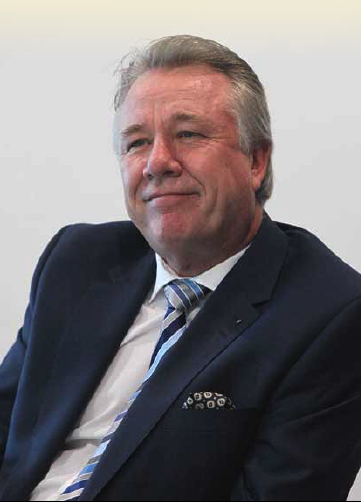 Regarding his leadership style, Mallace asked around the office to get an outside point of view.” Everyone has a different idea about my leadership. One said I’m like a shepherd, other said I’m like Moses. I’ve been told I’m very direct, I’ve been very good on giving guidance, and recently I got called ‘the dentist’,” he said with a laugh. “When I reflect on that, I realize people don’t always like the treatment, but they love the after effect.”

Nevertheless, there are three things Mallace holds on true leadership wherever he is. One is to walk the talk, two is to keep things confidential and ensure everyone that they can trust the boss, that the boss won’t talk bad behind their backs, and the last is to show people a great journey.

The journey so far has been an entertaining one for Mallace. Asked whether he has regrets or things he would like to redo given the chance, the 61-year-old immediately said, “Everything happens for a reason. No regrets.” However, he would love to “have an old head on young shoulders,” meaning having all the experience today with all the energy of someone in their prime.

Becoming a soccer player is one dream many boys have. And that’s one of the dreams that Mallace also had in childhood. Now as an adult, he looks up to one of the world’s best team managers, Alex Ferguson. “I played football all my life and he’s Scottish as well so I’ve been looking on to how he builds teams, how he had them for years, and how he lets players go and created a giant that kept on winning. I think I can relate because we a share similar working-class background. So I can relate real quick, look up how his style was, how he looked up to his people, how he was bold enough, how he was brave to make decisions. So he was really something and I hope I can be something like that and my team can grow as well,” he said.

“Everybody playing football, music or guitar loves to be on stage. I’d say that my stage has been my job and my career. And if I look back I think I’ve been relatively successful.”