The increasing public awareness of the importance of early childhood learning experiences has paved the way for the mushrooming of formal and informal education institutions in Indonesia’s big cities, particularly Jakarta. 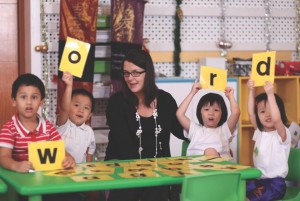 The evidence is obvious. The quality of life as an adult can be traced back to how that particular person was brought up. And early childhood development plays a crucial part as the bedrock for lifelong learning.

Early childhood education is indeed one of the most cost-effective economic investments. It nurtures young children toward becoming productive individuals who can give economic benefits to the societies they live in. 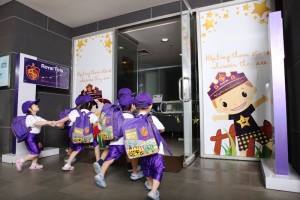 “As productive individuals, they have the potential to earn good salaries or generate attractive incomes should they choose to take the entrepreneurship path. The more taxes they pay for the government therefore contributes to the country’s economy,” Henny Santoso, director of Royal Tots Academy (RTA), asserts.

With years of experiences in early education, Henny says that learning starts in infancy and continues throughout life. “But ages 2 to 6 are the most crucial stage in acquiring various knowledge and skills. During this stage, children’s mind can be illustrated as a sponge that can easily absorb water. The children can quickly develop self-awareness of their surroundings.” 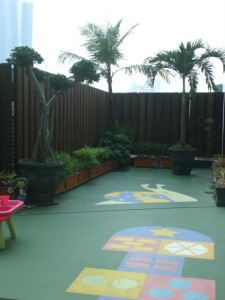 Today’s fiercer competition in the country’s job market has increased parents’ concerns about their children’s future. In a quest for the right education system, various international curricula with English as the language of instruction have correspondingly become favorites among parents from upper class segment.

Situated in Kuningan business district area, RTA is among the established preschools that deliver international curriculum with the focus on personal development producing innovative and intelligent individuals.

The school adapts the International Primary Curriculum (IPC) that caters to children aged 18 months to 6 years. The curriculum is applied at more than 800 schools in 58 countries including Indonesia.

“The reason of us choosing IPC is that the curriculum delivers a fun learning-teaching approach that combines academic, personal and internationally innovative learning. Indeed, the curriculum is responsive to helping children explore their world through programs such as music and movement, early language proficiency and mathematical skills,” Henny explains.

In the response to the emergence of international preschools in big cities in Indonesia, she suggests that parents should do some researches before choosing the right curriculum that is best suited to their children. 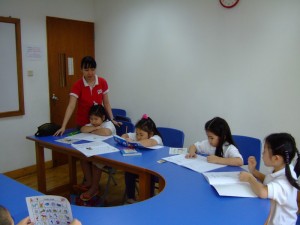 Business-wise, the market for early childhood education in Indonesia is promising. Despite the mushrooming of international preschools across the archipelago, there are still more needed in relative to the number of children whose parents can afford the tuition.

The business opportunities for early childhood education are not only limited to formal preschoolers, but also informal courses. I Can Read is one example.

The name ‘I Can Read’ suggests a unique reading method invented by Australian educational psychologists, Tony Earnshaw and Annabel Seargeant.

Met during his short visit to Jakarta, Tony explains that in learning how to read, young children can take advantage of ‘I Can Read’ method by using sounds contributing to grapheme (group of letters representing sounds). 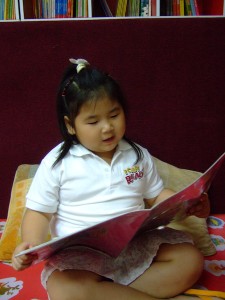 While there are only 26 alphabets in English, the single sounds differ one from another. “Our approach is potential to make children become phonemic awareness, an essential skill to develop the children, particularly those at a young age, to be aware that some words start with the same sound despite their different symbol such as the words “five” and “phone,” Tony explains further.

After spending more than a decade of research and work with children who have reading difficulties in Singapore, Perth and Sydney, Australia, Tony and Annabel support the view that in general, poor reading skills are the consequence of ineffective and inadequate instructional approaches. 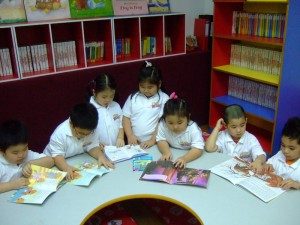 What this means is that, in general, children fail to learn to read English well because they are not taught properly. Their research has not only provided such evidence but it led to the creation of new reading teaching method, which can speed up the reading learning process for children aged 3 to 12.

Tony, who until 2003 worked for the Ministry of Education in Singapore as a senior educational psychologist, later formed a company with Annabel to concentrate on children’s literacy under the name ‘I Can Read’.

Now it’s 2011 and these two psychologists are overseeing and running a giant education business with over 60 locations in seven countries; Australia, Singapore, Malaysia, Thailand, China, US and Indonesia.

Yuliana Mihardja, master franchise of I Can Read Indonesia, is optimistic about the business potential for I Can Read centers in the country. “We are different from other English courses. We teach all aspects of literacy with the focus on reading and writing. With English now becoming essential for children education, the market potential for a business like I Can Read is still huge.”

The first center of I Can Read Indonesia was established in May 2005 in West Jakarta, and there are currently 12 centers in the capital city and 1 in Bandung. “Our goal is to build more centers in major cities across the country,” she concludes.