It was in the late 1600s that an old monk invented an effervescent table wine that is still bubbling until now. 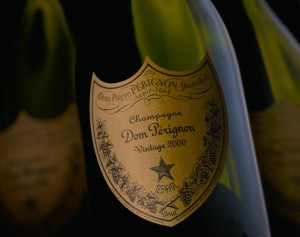 A label suggesting exclusiveness, the legendary Dom Pérignon is arguably the most iconic brand of champagne with worldwide recognition. Its 17th century designs of antique-looking label and distinctive bottle shape have for long time been a symbol of elegance for those appreciating the art of living.

It stretches back to the mid 1668 in the tranquil Hautvillers Abbey in the Champagne region, France where a young Benedictine monk called Dom Pérignon marked the onset of a new chapter in the history of abbey, a place where the voices of nature and God unite to inspire the talent of man.

Not only has the name Hautvillers left a history where Pérignon worked as a cellar master until his death in 1716, but more importantly this is the place where he invented the type of wine people know today as ‘champagne.’

Today, the name of Dom Pérignon is immortalized as an icon of the cuvee of the Moët et Chandon Champagne House, one of the world’s largest champagne producers headquartered in Épernay of Champagne region. The company has restored its vineyards where Dom Pérignon was in charge of making wine from their grapes more than three hundred years ago. 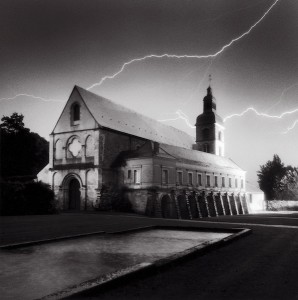 Despite the fact that some argue Monk Pérignon was not the first to invent champagne, the legend says that he was the one. And notwithstanding some historical story saying that the first commercial sparkling wine was actually produced in the Limoux area of France around the year of 1535; no one knows who first made it. Nevertheless, many would give a nod that Dom Pérignon was the first to make white wine from black grapes, the essential ingredients to produce champagne as practiced by wine makers hitherto.

Born with the name Pierre Pérignon in the Argonne region, between Lorraine and Champagne, Pierre was the fifth child of well-to-do family. He received his education at a Jesuit school in Châlons sur Marne and decided to take monastic orders when he was 18 year-old. The Benedictine belief of “doing the Godly work in the everyday work” attracted this humble and thoughtful young monk. Twelve years later, he became the cellarer at Hautvillers Abbey. His work there involved checking the accounts, supervising the cultivation of the land, traveling on community business and giving his particular attention on improving the vineyard.

With wines bearing his name, Pérignon developed the techniques and philosophy to the wine perfection. This quest for excellence continues until the twenty-first century under the watchful eye of the ‘chef de cave’ (a designation for winemakers).

Dom Pérignon’s legacy to the world was a procedure for production of Champagne. This included riddling the ageing bottles so the sediment can be removed, adding a dosage for a secondary fermentation and using corks to seal the bottles. These steps combined with the availability of stronger bottles which could hold the added pressure, allowed the commercial production of Champagne to begin in early 1700s. 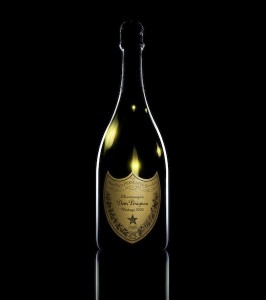 With his classical techniques in viticulture and winemaking, Pérignon’s recipe in blending the ingredients produced in the champagne really allures anyone craving distinctive palate of different grapes. “Come quickly, I am drinking the stars!” a quote, though some people call it a myth, saying how Pérignon expressed his excitement when he first sipped the sparkling wine he invented.

Pérignon used Pinot Noir, a dry red wine produced from the same grape as French Burgundy, the way he could manage to control the fermentation of the wine in the bottle and produced bubbles just like the eminent modern champagne makers do.

Dom Pérignon champagne is an elaborate and sophisticated creation. The selection of the finest Chardonnays and Pinot Noirs grown in Champagne is as demanding as their crowd. It reflects the astoundingly modern ambition of the founder. The Chardonnay sets the tone with intense verve, while the Pinot Noir grants the full-bodied and complex finish. Full, fresh and vibrant sensation follows every perfect sip. Sunlight-like bubbles dancing in an upward stream reflect the dynamic complexity of Dom Pérignon.

The unique Dom Pérignon is its rich creamy mouse, fine bubbles, aroma, taste and finesse. In addition, each cuvee of this excellent champagne is cellar-aged for around six to eight years.

“The art of blending is indeed what make Dom Pérignon as one of the greatest sparkling wines,” a wine aficionado says referring to Dom Pérignon 1998 that has the aroma of citrus balanced with toast flavour.

One can truly discover the unique spirit of a great champagne when tasting Dom Pérignon. The great sparkling Dom Pérignon 1995, for instance, has a distinctive palate as it is made from two different types of grapes from the Champagne region, Chardonnay and Pinot Noir. On the nose, Dom Pérignon 1995 produces the smell of red-fleshed peaches when uncorking the bottle. But the aroma gradually turns into cashew nuts and dried herbs, remaining us of the taste of toasted brioche.

Dom Pérignon is truly accomplished champagne. From fine-dining eatery to trendy club, the sparkling Dom Pérignon has been enjoyed in the most exclusive and famous places worldwide.

For those like to pair wine with main course, they should try Dom Pérignon 2000 with Parisian style of lobster thermidor, caviar, poached turbot. The great taste of effervescent Dom Pérignon 2000 will allure our fastidious palate from the moment the champagne’s sprightly bubbles forming an unbroken ring in the glass to the wine’s combination of classic aromas of apples, poached pears, vanilla, hazelnuts, melba toast and yellow-plum jam. 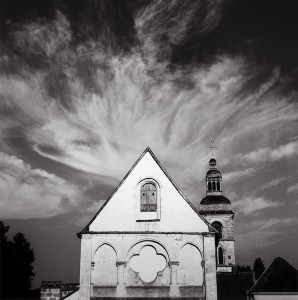 Not only has the legend of the monk embroidered Moët et Chandon Champagne House, but the brand of Dom Pérignon has arguably been the most noted one. There are indeed more expensive champagnes than that of Dom Pérignon, but the image of Dom Pérignon as the most legendary fine sparkling wine remains.

A bottle of Dom on the table gives different nuance. Even patrons at upscale restaurants who prefer other brands often assert, “Having Dom is a must for an exceptional occasion!”

In 2006, Dom Pérignon was awarded the most prestigious champagne in the Luxury Brand Status Index. And the brand has thus far is seen as exclusive as its legend.

Winemakers who emerged after era of Dom Pérignon would opine that champagne incomparable. Champagne is above all and image is very important in champagne. The legend monk Pérignon has greatly brought and will always bring the image of champagne as fine sparkling wine as long as the world turns.

Moët et Chandon was founded by Claude Moët in 1743. Upon his death in 1792, his grandson Jean-RemyMoet expanded the business by purchasing vineyards previously belonged to the Abbey of Hautvillers where Monk Pérignon perfected double-fermentation in creating his finesse bubbling wine.

Owing to the monk’s unforgettable legend, people today often associate Moët et Chandon with the image of Dom Pérignon. Truly, that the champagne house has been bringing the name of the Benedictine monk to life.

Published in the 3rd edition of PMR Magazine S’pore, September 2008.