Just about to reach her career destiny in a new place, Tiara Budiprawiro-Goh decided to call it off as she found a truly better place with Markham Shaw (or Mark) on her side. After one year of tying the knot, the couple remain of living their destiny with their hearts beating as one in perfect harmony.

Tiara Budiprawiro-Goh and Mark Shaw look into each other’s eyes as they just returned from celebrating their first anniversary in Bali.

The writer met the couple at a five-star hotel in Jakarta where they shared the joys of their last year’s wedding festivities that followed with their happily marriage life.

“Bali has a special meaning to us. We went back to the island of gods to indulge in reminiscing one of our wedding parties,” Tiara says with Mark gesturing in a smile. 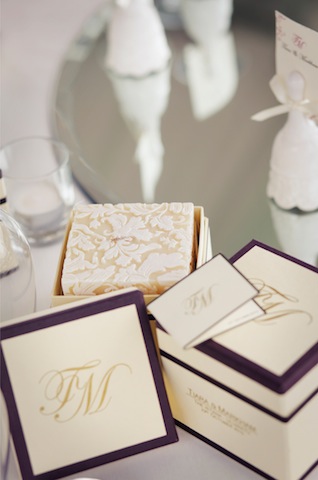 “So, I though it would be nice to have a romantic getaway in Bali with the island’s laidback atmosphere. And this month really means something for us,” Mark adds.

The month of October seems to leave an unforgettable memory as the couple witnessed the moments when they embarked together as one.

Tiara and Mark planned a memorable wedding celebration. As they had many guests on the list, both split the festivity into three – solemnisation at their Singapore home, lunch banquet at St. Regis, Singapore and wedding soirée in Uluwatu, Bali.

On 1 October 2010, they had a small yet intimate solemnisation gathering on the rooftop garden of their marital home in Singapore. “It was a simple celebration with our family members, relatives and few close friends,” Tiara recalls.

With more friends and relatives were looking forward to rejoicing heartily on account of the bride and the groom, more celebrations were coming up.

On 10 October 2010, a grand luncheon at the John Jacob Ballroom in St. Regis, Singapore made a great wedding reception. With a lavish lunch banquet, the reception took 300 family members and friends to share their happiness with the wedding couple.

The grand luncheon was uniquely held with the elements of Indonesian culture. “The dress code was ‘Formal with a Touch of Indonesian Heritage’. And I was thrilled to see the ballroom crowded with guests wearing batik shirts, scarves and kebayas,” Tiara says in an excited tone. Not only that, they gave out traditional Indonesian leather fans to the guests as a means of expressing the gratitude for their presence.

That’s not all. In two weeks, the couple flew to Bali for another celebration. They invited their closes friends for a wedding party at The Istana, a private cliff top villa estate in Uluwatu, Bali.

Their Balinese soirée, which took place on 23 October 2010, was indeed a memorable occasion. “The party was pretty much designed for our closest friends as well as those who didn’t make it to the Singapore celebrations,” Mark says. 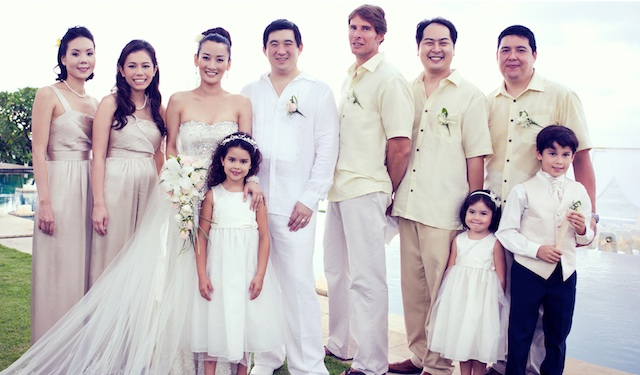 “Among our close friends, Mark was really touched with the presence of his school mates from the UK, whom he had not seen for years. They flew to Bali specially just for our wedding party,” Tiara adds.

The couple had the solemnisation take place at sunset against the ocean as the backdrop. Shades of ivory, peach and pastels adorned the décor, creating a classy romantic ambience.

It was such a simple yet elegant wedding occasion. Cocktails, margaritas, canapés, traditional Indonesian dinner and a live music performance cheered up all the guests. 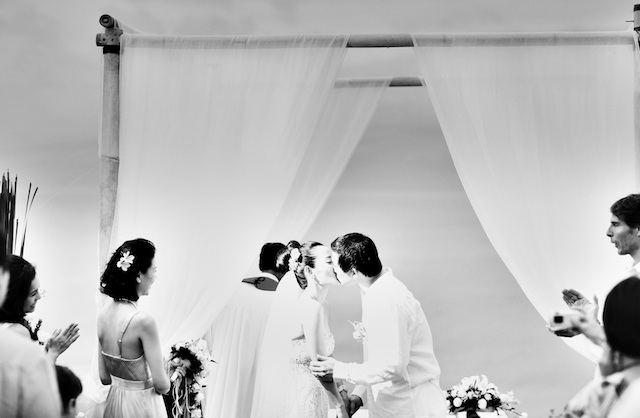 “We spiced up the party with the Australian tradition of wedding kissing bells. We placed the bells on the guests’ tables, so they could rang them anytime they wanted to see us kissing,” Tiara says with a smile reminiscing on the party.

“The dress displays the blend of Indonesian heritage and modernism. The dress really reflects my personality as an Indonesian who has lived most of my life overseas,” Tiara asserts.

In addition to the three festivities, Tiara and Mark on 5 March 2011 held their matrimonial ceremony at St. Ignatius Church, Singapore, the church the couple attended as children. Both Tiara and Mark have known each other for many years. They even worked in the same industry.

“In the past, we kind of knowing each other, but far away from being a friend…not even an acquaintance,” Mark says. “Then, at a small party at a friend’s house in November 2006, our mutual friends reintroduced us. That’s where all started to change,” Tiara reminisces.

Both Tiara and Mark admit that they felt the chemistry right away when being reintroduced. However, Tiara says that she in the beginning was unsure whether the chemistry could lead her somewhere as she wished.

“At that time I was set to relocate to Sydney, Australia in two months time. I just granted my Australian permanent residency and a job offer,” Tiara recalls. 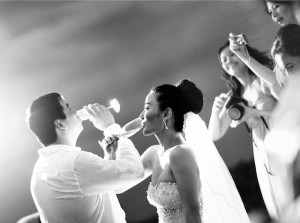 However, Tiara was touched by Mark’s persistence in persuading her to stay. “I said why not giving a shot for another year working in Singapore,” Mark adds.

Despite her initial hesitations, Tiara extended her stay…not only for a year…As the pair was building their relationship, Tiara eventually found her dream match in Mark. “We got married after four years. And we have been a happily married couple since last year, and I’m now still in Singapore,” Tiara says expressing her happiness.

They share lots of things in common and are able to create the balance of their differences into living in harmony.

Both Tiara and Mark like various musical genres, ranging from classical to pop. The couple also like to travel. “Tiara is keen on learning new culture, so she prefers to visit different places rather than stay long in one particular place. In my case, I like exploring one particular city. Despite our different objectives, we are always able to synchronize the differences. For instance, we can go to more than one place and spend a little more time to explore each place,” Mark says with a laugh. 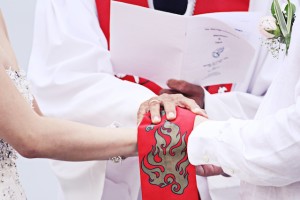 Despite Mark’s daily agenda that has filled to the brim, Tiara says that her husband always spares some quality time for her. “Dining out with Tiara and doing other fun activities such as watching movie and playing some sports together are an incomparable source of happiness for us,” Mark assures.

Even during the working days, the two manage to meet for a lunch or other afternoon’s short activities.

Indeed, their marriage has sparked a meaningful life. “For us, the most beautiful thing of living as a happily married couple is where we can feel the beauty of our marriage life that reflects from our strong chemistry,” Mark concludes while Tiara nods with her pretty smile.