Cosmas Batubara is one of the most consistent figures when it comes to playing a role in the country’s property development. He once took roles as minister of public housing and minister of manpower during the late Soeharto’s administration, and has until today involved with numerous property projects. His long-standing experience, outstanding leadership and unparalleled knowledge have earned him a distinguished reputation in the world of property. Today, he is holding multiple leadership positions in property developers. We sat down with the property veteran where he shared his views on the national property and housing sector. 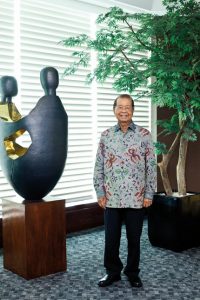 How do you see the condition of the national property sector nowadays?

When we talk about property, we are talking about humans and their basic needs. Wherever there is a collection of people, there is a need for housing. So, the industry is always relevant. The industry is soft today, but that is only because of the timing. Data shows that almost 66 per cent of the world population live in urban areas; and by 2050, more than 60 per cent Indonesians will live in cities, so urban areas will continue to grow. With urbanisation, there is always a need for property products.

What challenges do developers face?

Quite diverse. In the urban areas, we face limited lands to develop. There are also regional regulations that don’t always align with the current situation. Sometimes, a well-formulated is implemented poorly in the region.

Another issue is that some cities outgrow its masterplanning, resulting to to the creation of slum areas. One way to solve this issue is with urban renewal, just like the Singaporean government did in the 1960s.

Singapore is successful with urban renewal for slum areas and reclamation. The government bid the work to developers, and they built apartments and offices. Then, the government required them to build houses. This method can be applied in Jakarta. 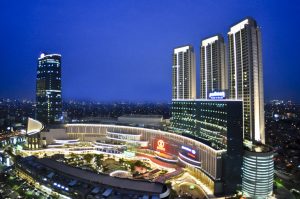 What should be done to ensure urban renewal succeeds?

A strong commitment from the regional government. Land acquisition of slum areas is not easy to do. There should be a sense of fairness in doing this, meaning that people who live in the slum areas should not be removed from the area. The solution is building a low-cost apartment building on what once was a slum area. The remaining land is to build office buildings or other facilities.

How about the issue regarding regional regulations?

The regional governments are filled with highly intelligent people. With their expertise, they should be able to implement their skills and adjust to the current condition of property scene. We also need good synergy between the government and the regulators to come up with regulations that support the developments in regions across the country.