Optimistic about the future of Indonesia’s economy, Julius Ruslan is spreading his wings after taking the media company he leads to the next level. 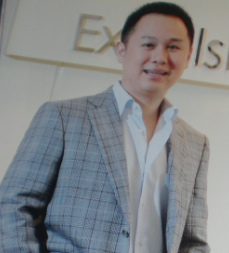 “Indonesia’s economy is continuing to grow. This country is in the process of transforming into becoming one of the world’s major economic players along with China, India and Brazil,” owner and Chief Vision Officer of Milestone Pacific Group, said expressing his confidence.

Julius further says that Indonesia has thus far made great progress in terms of democracy. “The country has been taking a rocket ship to the moon. It is amazing that Indonesia is now the most democratic country in Asia.”

In view of current economic slowdown, Julius sees this crisis as a natural phenomenon. It is part of an economic cycle where the following conditions occur in sequence – crisis, recovery, growth, bubble and back to crisis. “So, we are now heading to the economic recovery!” he asserts.

Always one who looks to the bright side, Julius’ optimism underpins his business confidence. “To me, confidence is worth more than gold. It’s what keeps me on track in the fast-paced business world.”

At 34, Julius has achieved immense success in leading Milestone Pacific Group, a company whose line of business includes media, hospitality and lifestyle.

His years of experiencing life aboard as well as the bachelor’s degree in business administration he earned in 1998 from College of Notre Dame, Bellmount, California have undoubtedly played a role and served as assets to his business savvy, because interacting with different cultures broadens ones mind. And ofcourse, his strong determination and high level of confidence have also palyed a huge role in building his business.

Even though Julius was born with a proverbial silver spoon in his mouth, he decided to strike out on his own. The year 2001 marked the establishment of Level Eight, a digital signage company Julius started from scratch. Having the business operated at malls in its initial years, Level Eight, under the umbrella of Milestone Pacific Group, has hitherto grown to be a media company focusing on public relations, outdoor media products and publishing. 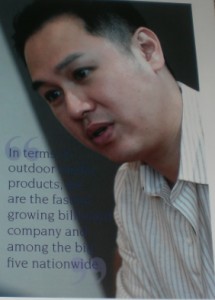 “In terms of outdoor media products, we are the fastest growing billboard company and among the big five nationwide,” he says. Indeed, Julius’s innovative ideas, businesswise, have brought new technology to the billboard industry in Indonesia. Being the distributor of LED (Light Emitting Diode) carrying the brand of QS-Tech, he further says, “Level Eight is the first in the country to use LED screens for billboards.”

Truly, Julius is a visionary playing get-up-and-go when it comes to taking his business empire to the next level. His long-term goal and vision have been implemented by branching out Milestone Pacific Group into hospitality and lifestyle.

Currently, Julius is in the middle of building a budget designed hotel chain under the name of Max One Hotels.Com. Situated on Jl. Sabang, Central Jakarta, the first one is set to open in June 2010. “I’m planning to open one every year. The next three hotels are going to be in Cikini and Hayam Wuruk area, Jakarta and Legian, Bali respectively,” he says.

Julius married Denise Tjokrosaputro in 2004.And even though their two toddlers keep them extremely busy, Juliun and Denise followed their passion for the good life, by opening a exclusive club at Plaza Senayan. The Black Cat Jazz Supper Club feautures live jazz bands in a warm ambience and offers a great fine dining experience.

In order to be continually productive, Julius realises that a healthy balanced life is of utmost importance, and frequents the gym atleast 3 times a week. Travelling is another passion he shares with Denise and they have globe trotted to some great places. Stockholm impressed them greatly as they enjoyed visual pleasures of sheer luxury all around them. A visit to the Hastens showroom immediately fired up their love of the good life and after thouough research, Julius and Denise decided to become sole distributors of Hastens in Indonesia. Thus came about the birth of thier showroom, LuxeLiving and the three premium brands they currently showcase are Hastens of Sweden, Bulthaup from Germany and Carl hansen & Son from Denmark.

“The three brands deserve much the credit as top-notch brands of interior and furniture for their precise measurement and high-quality that haven’t been feasible to be manufactured locally.”Julius explained

Asked his view on LuxeLiving’s prospect in the long run, Julius responses ambitiously, “It is too early to say as we just started the business. But we are now creating a niche market for such high-end products.”