Jakarta is experiencing an unprecedented boom in integrated superblocks where living, shopping, working and entertainment are conjoined into a lifestyle destination. 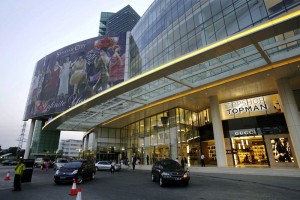 Developers are now going for high-rise centers. Aside from Jakarta’s notorious traffic that condemns commuters to hours in their cars, the demand is due to the fact that people want to live closer to their work and spend more time with their family.

In living on today’s fast lane, integrated superblock or mixed-use development has become trends in big cities worldwide. Agung Podomoro Group (APG) is among the first developers that have contributed to the trend in Indonesia with Senayan City and Central Park at Podomoro City as the group’s shining achievements.

Occupying an area of 48,000 sqm and just a stone throw away from the Central Business District, Senayan City – comprised of seven-floor prestigious mall, an office tower and an apartment tower – has wheeled a success since it first opened in September 2006.

Prime location and the development’s world-class facilities truly make Senayan City a great investment. With the apartment comes equipped with premium features such as state-of-the-art fitness center and Olympic-size swimming pool, the office tower attached to the development and the world-class shopping mall carrying top-notch brands, Senayan City takes its tenants and visitors into the synergy of shopping, working, living, recreation and entertainment under one roof. 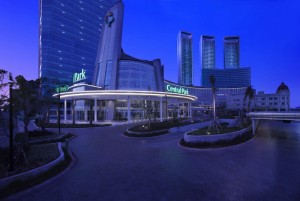 Being part of the 22-hectare Podomoro City, the integrated superblock of Central Park applies the concept of five senses.

The nature of five senses – hear, see, touch, smell and taste – is what lies behind the design of the ecological city of Central Park. “We interact with our environment through the use of our five senses. Reflecting the principle of nature, every angle and detail in Central Park is designed to pamper all the five senses so as to bring comfort and fun to both visitors and tenants,” explains Wu Tzu Chiang, the designer of Central Park and director of DP Architects, Singapore.

Opened since September last year, Central Park is built on the 9-hectare land that facilitates three apartment towers, a four-star hotel, offices and a mall. Built on the western Jakarta’s prime strategic area, Central Park offers location that is strategically linked to business centers in West, Central and South Jakarta. 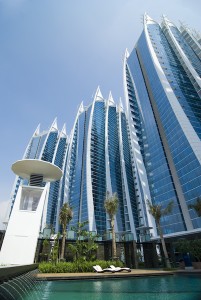 Built over 11-hectare land by PT. Intiland Development, Tbk, Regatta’s construction is comprised of three phases. “The first was completed in November 2008. And we are currently working on completing the next phase,” Theresia Rustandi, Intiland’s Corporate Secretary, says.

Regatta is truly a multifunction property project as the development will feature various facilities such as function rooms, business center, ballroom, restaurants and cafes, retails, luxury boutiques and spa and fitness center. “We are trying to cater the demand of high-end society in an exclusive waterfront city,” Theresia adds.