The fourth generation to helm the family business of Braun Büffel, Christiane Brunk tells HighEnd her vision for the brand to maintain its tradition of leather craftsmanship while catering to consumers’ changing needs. 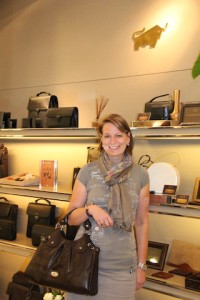 What is it that really defines timeless? The answer to this question will vary. But in the fashion industry, ‘timeless’ is often used to describe ‘classic’ as a simple elegant style that is not outmoded.

“In my dictionary, timeless should contain the elements of durability, functionality and elegance,” says Christiane Brunk, owner and CEO of Braun GmbH & Co. KG, the company’s founding family that owns Braun Büffel brand.

While having a coffee chat during her Jakarta visit, Christiane attests what makes Braun Büffel fit in the fashion industry is the brand’s quality leather-crafting that produces products which are durable, functional and elegant.

Braun is German word for the color of brown, and it is also typical German family name, while Büffel means Buffalo. “We have chosen buffalo as the icon to represent power and strength that characterize our products,” Christiane says.

Pronounced as “brown byufel”, the brand is known for exceptional workmanship of leather products such as bags for men and women, wallets, belts and key cases.

The success of Braun Büffel as the family-run business stretches back 124 years.

In 1887, Johann Braun, Christiane’s great grand father, created the very first Braun Büffel bags in the industrial leather town of Kirn, Germany. And from one generation to another, the Braun family has managed to grow the business. 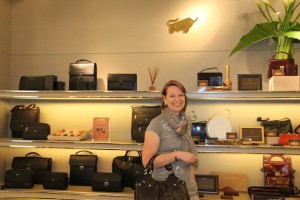 Graduated with a master’s degree in business administration from the University of Saarland in Saarbrücken, Christiane joined her family-run company in 1992 and eventually took the helm in 2005. Her previous professional career includes working as a scientific assistant at Institute of Human Resource Management at her alma mater, as well as taking the post as the managing director at a human resource management consultancy.

Having grown up in Germany’s leather town and nurtured by a family whose business focuses on leather goods, Christiane later built her personal interest and natural affinity in leather craftsmanship – the bedrock of what has made her successful in holding the reins of her family business today. 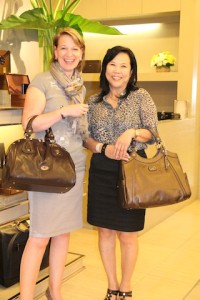 Two years after Christiane took charge of the company, she included Gaucho in Braun Büffel’s commemorative collection during the company’s 120th anniversary, which was celebrated in Germany, Singapore, Malaysia and Indonesia in 2007. “I was told that a radio talk show during the celebration in Jakarta drew many listeners who voiced their support for Braun Büffel and that many of them had kept their brand’s products for many years. An initiative then came. We thought it would be nice to start a small ‘museum’ of the brand’s vintage products. Then the first ever Legacy Showcase was getting underway,” Christianes recalls.

The Braun Büffel Legacy Showcase was held displaying items acquired through the museum trade-in program in Jakarta from May 1 to 31, 2011. The showcase was in commemoration of Braun Büffel’s upcoming 125th anniversary in 2012. The month-long program allows customers to trade in their old but still in good usable condition of Braun Büffel’s pieces, such as bags, wallets, key cases, card-holders and coin pouches.

“We targeted to collect 50 items, but surprisingly we exceeded the target within two weeks. So, we had to sort the selected items for display at the road shows at malls in Jakarta during the months of September, October and November,” Christiane says.

At the Braun Büffel Legacy Soiree on October 13, 2011, the brand exhibited the 50 selected products previously collected by 50 Indonesians since 1994. “Their collections are indeed a testimony of the brand’s elegance, functionality and durability,” Christiane comments. 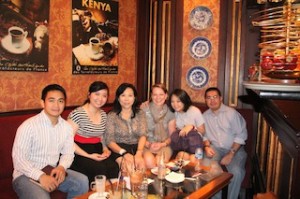 During the soiree, Braun Büffel also unveiled its new Fall-Winter collections. Among them are Bleu, Wein, Afra and Lush ladies bags and accessories, and a collection of men’s wallets.

The collections, as Christiane continues, redefine modern look steeped in the elegance of traditional craftsmanship. “We always maintain our tradition yet keeping up with today’s fashion trends.”

The elegance of entire Braun Büffel’s collections also counts on their simplicity. Life should not be made complicated, as she relates to her simple life pleasures at her leisure, ranging from reading, playing sports and cooking to travelling and skiing.

Most of time, Christiane travels for business, yet she spares some time to travel for leisure. Singapore and Berlin are her most favorite destinations.

“I go to Singapore mostly for business, but I often mix it with pleasure. This island city-state is very happening. It’s a world-class hub for exciting entertainment, food and shopping. I like Berlin. The city is poor…but sexy,” she says with a laugh.

An avid reader of detective stories, Christiane is indeed good at developing strategies toward envisioning her company.

Christiane’s vision is to have the brand become available worldwide while having the production remained in Germany. That’s one way to keep the legacy of the family business alive.

Asked whether she is planning to carry out similar legacy showcase project in the future, she quickly responds, “Why not! I’m so taken aback by the enthusiastic responses of cosmopolites here in Jakarta. We are going to explore the further development of this campaign, be it in Indonesia again or other countries.”

Braun Büffel has been distributed in Indonesia since 1989, by Sumber Rizki Jaya. There’s a huge potential market for lifestyle brands like Braun Büffel in the archipelago. “I believe there’s ample space for further growth. That’s why we decided to hold the brand’s first legacy project in Indonesia,” she says in an enthusiastic tone.