Indonesians are going mad for Mandarin in record numbers as they look to give their careers a boost by taking advantage of China’s growing economic influence and its improved ties here. 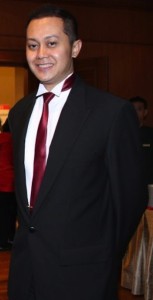 Nandito Brotowinoto, general manager of Indonesia Design magazine, is one such Indonesian who thinks Mandarin is an important language to learn if you want an edge in business.

“I have to say that it is highly recommended that you know Mandarin as a third language after English,” he said. “Looking at the increasing trade figures between Indonesia and China, the language is playing a significant role in building business relations not only between the two nations, but also among business players around Asia.”

Nandito studied Mandarin in the early 1990s with a native of China’s Guangdong province who had migrated to Indonesia.

“I was the only non-Chinese-Indonesian in the small class taught by the late Tan Hoa Tie. He was a great teacher,” he said.

His biggest problem with learning the language was the pronunciation. “On the surface, all of the words sound alike,” he said. “This is not to mention the tens of thousands of language characters that we had to memorize. Just one word can have four different sounds, and four different meanings.”

Despite the difficulty of the language, Nandito said his Mandarin skills have proved valuable in his career. “Particularly when I worked at the Ibis Tamarin, Mercure Hotel and Pacto Convex from the late 1990s to the early 2000s. I encountered many guests from China and Taiwan,” he said.

Today, learning Mandarin is considered, along with English, an investment in one’s career and business.

During the regime of former President Suharto, Mandarin was not only removed from school curriculums, it was forbidden in public life. It was a difficult time for the millions of Chinese-Indonesians who had fought for the country and now found themselves sidelined.

The Suharto administration also prohibited Chinese books and newspapers, as well as the celebration of Chinese New Year, known as Imlek.

The government’s prohibitions were part of a bigger effort to, as it described it, assimilate the Chinese-Indonesians into indigenous Indonesian society.

The end of the Suharto regime was followed by a more democratic system. The first elected president after Suharto, Abdurrahman “Gus Dur” Wahid, lifted the ban on Chinese characters and made Chinese New Year an optional holiday.

Since then, Chinese culture has made a resurgence in Indonesia and the last decade has seen the creation of many Mandarin language centers and programs, and more national and private universities offering Chinese studies.

Sekolah Pelita Harapan International, University of Indonesia and Al Azhar Islamic University are just a few of the institutions in Indonesia that offer Chinese studies and language programs. The Binus Mandarin Club at Bina Nusantara University has hundreds of students enrolled in classes ranging from beginner to conversational level.

According to Aimee Dawis, a lecturer at the University of Indonesia’s Department of Communications, there are more than 100 Mandarin language centers across Indonesia today.

China has also become a popular destination for Indonesians seeking an education and wishing to learn the language. There are more than 2,000 higher institutions in China offering Mandarin language programs for foreign students. Beijing Normal University, Shanghai Jiao Tong University and Jinan University, are among China’s top universities that attract a multitude of non-Chinese students who want to learn Mandarin.

There are more than 10,900 Indonesians currently studying in China, according to Antara news agency. They are doing everything from taking language courses to seeking full academic degrees. 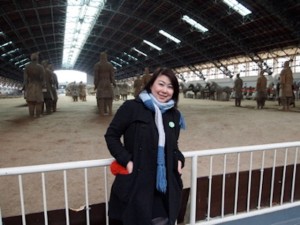 Mona Felicia is ethnic Chinese but grew up during the Suharto era so she didn’t have the opportunity to learn Mandarin when she was young. China’s growing political influence and economic power motivated Mona, an operations manager at the jewelry retailer Agatha Paris, to enroll in a language course at Jinan University in Guangzhou, one of the oldest universities in China and the school with the largest population of foreign students in China.

“Apart from the opportunity to learn about the country, nothing is better than learning the language in its native land,” Mona said.