Singapore’s award-winning airport is equipped with an impressive array of facilities that make it worth the trip. 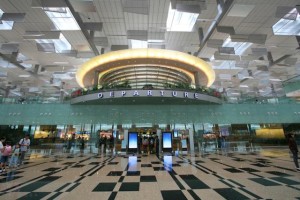 Upon disembarking at Singapore’s Changi International Airport, passengers will find a generous number of shopping, dining and entertainment options. Not to mention the airport’s spa facilities and plentiful napping areas, which afford passengers the opportunity to relax and unwind, especially after a long flight.

And for a more comfortable stay, just head to the Ambassador Transit Hotel or five-star Crowne Plaza Hotel. Located within the airport’s premises, both hotels will surely help to refresh and revitalize.

Changi is also known for its hassle-free immigration clearance and fast baggage collection, making it a paragon of smooth-functioning airport operations. 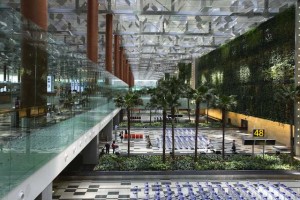 The airport has on five occasions won the top slot for Skytrax’s World’s Best Airport Award, including in 2013 and 2014. It has also been voted Best Airport in the World by Business Traveller magazine for 26 consecutive years.

So, what really makes the airport consistently voted the best in the world?

Overall, Changi offers a travel experience with a high quality of hospitality that is hard to beat.

Recently, The Jakarta Post explored the airport’s three terminals, which feature an array of facilities that include a movie theater, swimming pool, gardens and trails. 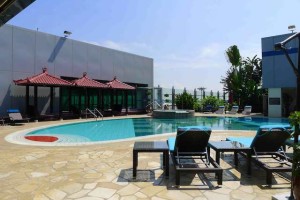 All the three terminals are interlinked by the Skytrain, which operates both at the transit and public areas. It’s very convenient, indeed.

Terminal 3 offers a variety of eateries — comfortable spots for casual dining. But more F&B establishments can be found in the other two terminals.

As Singapore is famous for its culinary delights, foodies don’t need to go far to spoil their taste buds. The airport houses a delicious array of over 120 F&B outlets, from quick bites and fast-food restaurants to cafés to bars and lounges. There are restaurants serving vegetarian choices, seafood specialties and halal food. No less interesting, some of the restaurants are open 24 hours to serve your food cravings. 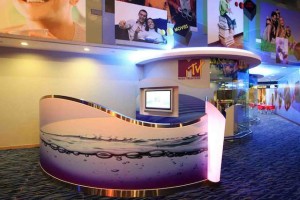 Large varieties of international cuisine are also here, including Italian, French, Western, Japanese and other Asian cuisines. Some eateries serve must-try local flavors, such as Hainan rice and Singaporean laksa.

Going further, you will find some exquisite wining-and-dining places, including the legendary Hard Rock Café.

Netizens will also feel home with the presence of 550 Internet kiosks available throughout the airport to use free of charge. Yet, many may well prefer to use their own gadgets using the airport’s free high-speed Internet connection.

Meanwhile, those traveling for business will be delighted with the 24-hour services – from photocopying and faxing to mailing of documents – delivered by business centers located in each terminal. 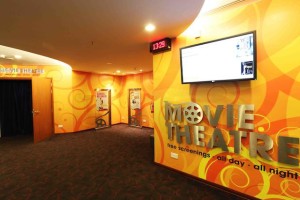 It is not surprising for an airport to have business center facilities, but can you name another airport that has a movie theater, fitness center, swimming pool and shower facilities?

Well, Changi has them all. The airport has two movie theaters, respectively located in Terminal 2 and Terminal 3. Offering free admission, these round-the-clock theaters screen various movies, including Hollywood blockbusters.

Each of the three terminals features showers, fitness rooms and spa services. And adjacent to the Ambassador Transit Hotel in Terminal 1, you can find a Balinese-themed swimming pool and jacuzzi. 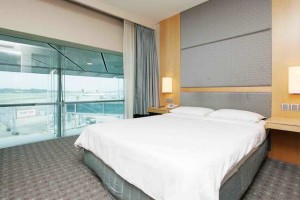 Travellers with children can enjoy some down time during transit, as the airport has a playground in each terminal, and a forest-themed indoor playground in Terminal 1. Or simply take a ride on the 12-meter indoor slide in Terminal 3. Other family friendly facilities include a one-stop multi-media entertainment center at the Entertainment Deck and interactive art station. And don’t miss visiting Changi’s aviation gallery to get more insights into Singapore’s aviation history and the airport’s ground operations.

No less interesting is the Butterfly Garden that houses over 1,000 butterflies to feast your eyes. 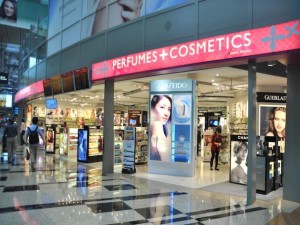 Those who are in a wheelchair still can enjoy the airport’s convenience, as Changi is equipped with ramps, user-friendly elevators, as well as special toilets to meet the needs of the disabled.

But if you are very tired and don’t want to do anything, the airport provides areas such as the Snooze Lounge, where travelers can stretch out on comfortable chaises for as long as they want.

More excitingly, transit passengers who have at least five hours to spare can embark on a free two-hour guided tour, which runs daily at regular times. The City Lights Tour will take you around the city-state, visiting its landmarks – and shopping delights! 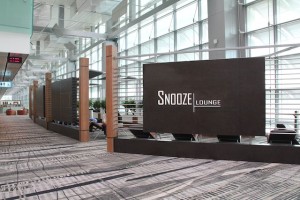 Singapore is known as one of the world’s most happening retail hubs. But if you don’t have time to shop in the city, the airport houses more than 350 retailers covering various local and international brands at competitive prices.

“Retail is an important part of Changi’s operations. Our non-aeronautical revenue contributes to around half of the Changi Airport Group’s [CAG] total revenue,” Kelvin Ng, the CAG’s assistant vice president for marketing communications, said.

With regard to its architectural style, Changi can be classified as futuristic for its modern and edgy design. The skylight openings on the roof of the main building in Terminal 3 contribute to the building’s sustainability feature, as they allow natural sunlight to pour in. 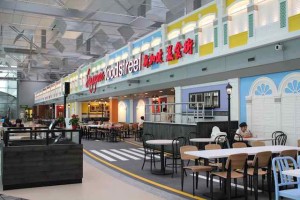 Aside from the striking features of the airport’s architectural style and interior design, there is a humane element attached after exploring Changi, or as the management refers to it – the “Changi experience”.

The airport regularly conducts surveys to ensure things go right. Every restroom has a wall-mounted screen saying, “please rate your experience”. And if you tap anything lower than “good” (a smile), you will get an immediate response on the screen offering options to click, such as “no toilet paper” or “wet floor”.

“We solve every problem very quickly, so we can continuously develop the airport’s quality standards. This is very important to enhance the travel experience of worldwide passengers using the facilities here,” CAG’s assistant vice president for corporate communications, Robin Goh, said. 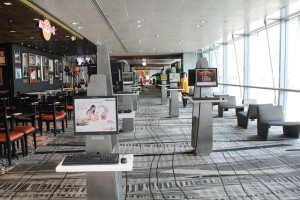 Serving more than 50 million passengers per year makes Changi one of the busiest airports in the world.

“So, we put efficiency at the top of the list. We make things effortless and pleasant by means of facilitating speedy service and the best security,” Goh said. “We emphasize that all flights should take off and land on schedule and, more importantly, we have never experienced any accident since the beginning of operations.”

Commencing its construction in 1975, Terminal 1 was completed in 1981, Terminal 2 in 1990 and Terminal 3 in 2008 – which together have the capacity to cater for around 66 million passengers per year.

Come 2017, Changi will open Terminal 4, located at the site of the airport’s former budget terminal.

“We demolished the budget terminal in 2012, and we are in the development phase of making it bigger. Terminal 4 is designed with the flexibility to meet the operational needs of both regional full-service and low-cost carriers,” Goh explained, adding that the new terminal was estimated to welcome 16 million passengers per year.