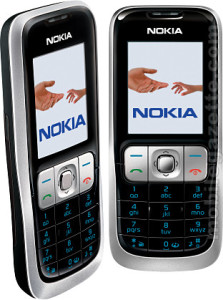 Having succeeded in the global market, particularly in Asia, Nokia is introducing its two newest hand sets — the Nokia 2630 and the Nokia 2760. Being stylish in design, each model is equipped with easy-to-use camera and Bluetooth.

Bluetooth and cameras are now standard mobile phone tools. Nokia Indonesia country manager Hasan Aula said, “The use of both camera and Bluetooth, respectively, give the advantage of taking pictures anywhere one goes and provide a way to exchange information between devices such as laptops and digital cameras.”

With a thinness of 9 mm, the Nokia 2630 is so far the thinnest Nokia mobile phone. Besides being equipped with Bluetooth and camera, the 2630 model has smart features such as e-mail, MMS, FM radio and MP3.

The other new model, the Nokia 2760, features digital camera, video recording and playback. This model also has a combination of Bluetooth and General Packet Radio Service (GPRS), which is capable of accessing data from e-mail and the Internet while the user is on the go.

Aula said that the progressively stylish design of both the 2630 and the 2760 models would be available on the market by the third quarter of this year.

“Sophisticated product features of Nokia have been our main concern,” Aula said, adding that “Nokia’s more than a decade success has proven its potential in building a significant milestone in the history of mobile phones in both Indonesia and the global market.”

Headquartered in Espoo, Finland, Nokia is currently the world’s largest mobile phone manufacturer. Having an estimated 36 percent of the global market share, the company produces not only mobile phones but also other network applications like broadband access and Wireless LAN.

Nevertheless, owing to more mobile phone brands entering the global market, worldwide customers have become more selective in their choice of brands. Among other brands that have gained success in the market are Samsung, LG and Sony Ericsson. 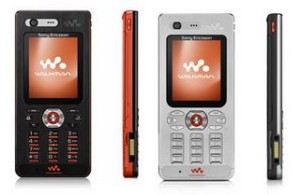 Having a joint venture of Sony Corporation of Japan and Ericsson AB of Sweden since October 2001, Sony Ericsson has been keeping up with the current global mobile telecommunication industry.

Supported by collaboration of strong marketing staff and the company’s research and development teams in a number of countries like the United States, the United Kingdom, Canada, Japan and India, Sony Ericsson has successfully launched quite a lot of high-tech mobile phones.

W200i, W610i and W880i are among Sony Ericsson’s 10 latest models. The 10 products are equipped with walkman with a wide choice of songs. “W880i is also known as ‘Slim Walkman, Fat Sound’,” Sony Ericsson Indonesia country manager Alino Sugianto said, referring the model being the thinnest but able to store up to 900 tracks.

Sugianto also mentioned three new models of mobile phones that are equipped with cyber-shot camera; K550im, K800i and K810i. “Being a good quality phone, all three are designed to suit users’ needs. While the K550im is small, compact and lightweight, the K800i with a 3.2 megapixel digital camera definitely makes life easier.”

South Korea’s Samsung, one of the world’s largest electronics companies, is also a strong competitor in mobile phones. In addition to producing a range of electronic products such as laptops, PCs, TVs, DVDs and home appliances, a variety of Samsung’s high-tech mobile phones have been doing really well in the market.

Proud of having developed a number of thin Liquid Crystal Display (LCD) screen mobile phones since the end of last year with an LCD panel size ranging from 0.07mm to 0.82mm, Samsung claims that its LCD mobile phones are among the world’s slimmest. The double-sided LCD is really a technological breakthrough in the mobile phone industry. It can show two completely different pictures or visual data simultaneously on the front and back at the same time.

Also, in meeting demand for both GSM and CDMA mobile phones, Samsung’s SCH-W579 is a perfect choice of a dual-function model. The model supports GSM 900/1800/1900 Mhz and CDMA 800/1900 Mhz. In addition, the product comes with a 256-color Thin Film Transistor (TFT) screen, touchscreen, 2 megapixel camera and audio player.

The need for mobile telecommunications, indeed, is not limited to calls on a mobile phone. Samsung Q1 Ultra Mobile PC is basically a combined element of laptop, Tablet PC and PDA. This model also incorporates a smartphone that enables its user to use the system as a mobile phone.

While all of today’s PDAs are equipped with both web browsers and mobile phones, Toshiba should be commended for introducing more innovative mobile devices in its M400 Tablet PC series.

Toshiba’s Protege M400-1414E, for example, is a Tablet PC that features a rotatable screen that can be folded flat, as it can be switched to an electronic notepad. Using a digital stylus, users can write, color, draw and sketch directly onto the screen.

Tahir Abdullah, education manager of PT Aneka Infokom Tekindo, the distributor of Toshiba’s products in Indonesia, predicted that more and more people will use Tablet PCs in the future.

“The mobile phone is definitely a necessity now, but we should be aware of the fact that the use of more sophisticated mobile communications like Tablet PCs is on the rise.”

Abdullah explained that a Tablet PC functions not only as a laptop.

“With Protege M400-S4030 you can make a mobile phone call since the Tablet PC system has wireless connectivity that features high speed wireless LAN and Bluetooth,” he said.