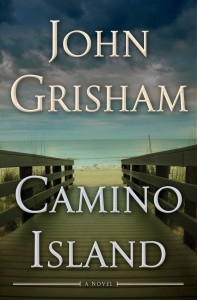 Another masterpiece from the American bestselling legal thriller writer is taking us across the eastern coast, from a staged heist in Princeton library to the rare books black market down in Florida. The five stolen handwritten F. Scott Fitzgerald manuscripts is believed to arrive on the hands of Bruce Cable, a bookstore owner in sleepy resort town of Santa Rosa on Camino Island.

As FBI and its secret agents are tracking down the manuscripts, a mysterious organization decided to hire Mercer Mann, an unemployed young writer who is fighting her writer’s block. She accepted a gorgeous sum to infiltrate the secrets between the rare books sold at Bruce’s. Eventually Mercer learned one page too many.

Camino Island is the author’s 30th novel. A heist thriller in summer may be a relief for fans who had been waiting for his regular legal thriller which usually arrives in October.