Blessed with the savvy to read the market well, Patricia Rolla is confident to take the newly established insurance company she leads to the next level.

With kindhearted smile, the president director of MNC Life says that there is a significant room for the growth of insurance industry in Indonesia. 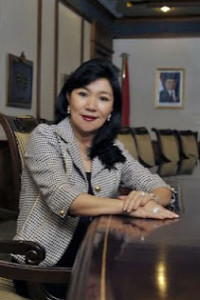 “Undoubtedly, demography plays its crucial role as the engine to boost the industry,” Patricia Rolla attests, referring to the fact that the majority of Indonesian people have yet to own insurance policy. And the improved economy in Indonesia, as one of the countries with the highest GDP growth, has led to a shift from low incomes to middle incomes.

The shift of the incomes has also increased the education level in the archipelago, which in turn raises public awareness about the importance of having an insurance policy.

Patricia says that more Indonesians are starting to contemplate their future and the risks of not having an insurance policy. “Insurance is like an umbrella. It protects you from future financial loss. We are all facing future uncertainties in life, and insurance is one way to prevent future unfavorable events.”

Being the world’s fourth and Asia’s third most populous country, with only around 10 percent people living with insurance, Patricia asserts that there’s a tremendous opportunity for the industry to grow.

“The market share for those under 29-year-old has reached more than 50 percent, thus creating a big market opportunity for insurance products like education. Around 30 percent of all the market shares serve 30-49 year-old individuals, while there is a growth in the market share for 50-69 year-old individuals. The last two market segments contribute to the creation of customized insurance products, such as those of investment and retirement plans. The current market condition is really conducive to the industry. Correspondingly, the condition is leading to a number of insurance companies outdoing each other presenting their best offers to attract new clients,” she remarks. 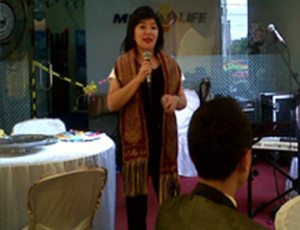 Upon earning her bachelor’s degree in economics from Klabat University, Manado in 1988, Patricia commenced her career in the insurance industry as an independent agent of Manulife Indonesia before joining Astra CIMB Life in 1991.

Her ten-year dedication to Astra CIMB Life took her to hold various positions, ranging from manager to marketing director. During 2002-2005, Patricia accepted greater challenges with more responsibilities when she held the positions of marketing director and deputy CEO at John Hancock Indonesia, a U.S. based insurance firm.  In 2006, she moved to Sequis Life as a principal partner. The following year, she won the trust of AXA Life and was appointed as the CEO.

Patricia’s know-how in the industry and her ability to read the market are what made her stay atop in her career. All the incumbencies she has held have undoubtedly taken much of her time away from her family. In spite of this, the mother of a two-year-old daughter says that having a time-off is very important.

“Weekend is where I spend my precious moment with my daughter. And I frequently travel during holidays,” says Patricia, who has visited dozens of countries from all the continents. 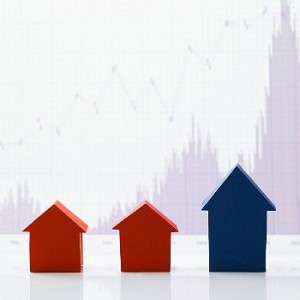 Despite all the success, she eventually decided to flip a new page, embarking on a newly established insurance company, MNC Life, in the beginning of 2011.

Even though the company is relatively new, MNC Life has received adequate capitalization from its parent company, PT Bhakti Investama Tbk, to strengthen its business infrastructure.

“To expand the distribution, particularly in the captive market, MNC Life has introduced mediassurance as the company’s distribution channel. The role of mediassurnace is to market insurance products through mass media. This is one benefit that you will never get from other insurance companies,” Patricia says adding, “MNC Life is the only player in the Indonesia’s insurance industry with the support and direct access to the country’s largest media group. So, the company’s potential market is very tremendous. And I don’t see any reasons why shouldn’t I be optimistic with the company.”