From modest beginnings, British Chamber of Commerce (BritCham) in Indonesia has evolved to become one of the largest business communities here. As a facilitator of trade and investment between Indonesia and Britain, BritCham, for two decades, has assisted the continuation of a 200-year-old relationship. 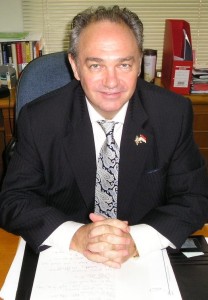 “Our focus is on helping British entities identify opportunities in Indonesia, either for the exports of goods or the establishment of legal entities,” said Chris P. Wren, executive director of BritCham.

There are three main British institutions operating in Indonesia; the British Embassy, the British Council, for cultural and educational relations, and BritCham.

BritCham has 250 corporate members with nearly 1,000 nominees based in Indonesia, as well as overseas membership. Any company that might benefit from being a member of the community can join.

“We have big companies such as BP and Shell as members. There are Indonesian business entities wanting a partnership (with such companies),” Wren said. “One way of gaining the access that will allow you to build a relationship is through a membership with an organization like BritCham. We are the mediator that provides facilities and a platform for our members.”

The chamber is one of the most active in Indonesia hosting more than 100 events a year. Members can choose to attend any event that suits their business needs, whether that be networking or brand development. Members can also take advantage of facilities like the organization’s database and library. 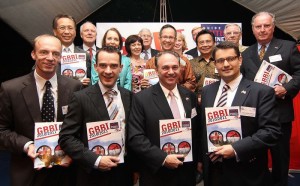 Through Britain in Southeast Asia (BiSEA) – an assembly of industry groups from Indonesia, Singapore, Malaysia, Brunei, Vietnam, Cambodia, the Philippines and Thailand – members can connect with other organizations in the region.

“Twice a year we get together with one purpose: to strengthen the opportunities for our members by sharing best practice (methods) and by reciprocating membership benefits across Southeast Asia,” Wren added.

BritCham’s success lies in the cumulative knowledge shared among its members in any of the chamber’s key sectors; agribusiness, food, human resources, energy, infrastructure, manufacturing and retail.

And bilateral trade will almost certainly continue to grow as Indonesia experiences strong and stable economic growth and British businesses focus their attention on the archipelago.

“However,” Wren said. “I see the complexities of doing business in Indonesia – legal uncertainty, corruption, poor infrastructure, interface of different ministries and regional authorities and cultural issues (still) need to be understood.”

By Aulia R. Sungkar. Published in The Jakarta Globe, special supplement, on July 23, 2011.