After the success of high-definition LCD TV, the South Korea’s electronics giant is now introducing Samsung LED TV, another breakthrough in television industry. 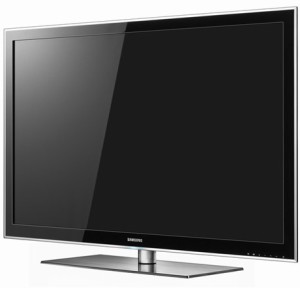 Carrying out a breathtaking performance in home entertainment, Samsung LED TV maximizes energy through Light Emitting Diode in order to give affordable lightning to its Ultra Clear Panel.

The LED technology injected by Samsung ensures energy optimization, which is potential to reduce the TV’s used energy by 40 percent compared with LCD system. Lesser energy does not mean losing the ability to produce high-quality image, as LED TV produces smoother and crispier image than the LCD one.

Mega Contrast Ratio accelerator and Wide Color Enhancer are the dynamic duo capable of producing crispier and stunning image. Mega Contrast Ratio delivers wider range depth of field from the image, as it spreads from absolute black to absolute white so as to produce dramatic view of your favourite movies or television programs. The presence of Wide Color Enhancer Pro, meanwhile, is to deliver genuine natural color to the image just as real as when viewed with naked eyes. It is not an overstatement, therefore, to say that the presence of Samsung LED TV innovation will bring not only pleasure, but also deeper watching sensation to your eyes. It’s where you can feel the astonishing hyperrealist sensation, ranging from action movie to sports event.

Not only is Samsung LED TV made from environmental friendly materials, but also produced in Ultra Slim design. With only 2.99 cm of waffle-thick in depth, the product is wrapped in elegant black bezel with its gradation color from crystal clear on the side to solid black as Ultra Clear Panel in the edge. Available separately is an easy-to-install Ultra Slim Wall Mount, the way you can hang the TV just like you do with a picture frame. Otherwise, standing panel, which is included in the package, can be conveniently used.

Published in The Jakarta Post on-line version in Dec 2009.