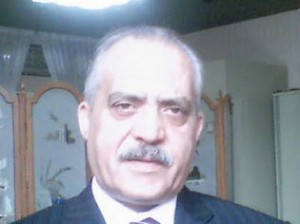 During the 7th century of the Islamic civilization, Arab has left rich priceless of heritage and cultural values. The civilization itself has brought a golden age in many aspects of life including literature and handicrafts.

On Monday, Indonesia and Tunisia signed a bilateral agreement trade on handicrafts.
According to Borhane Sfia, one of the signatories, Indonesian and Arab handicrafts including those from Tunisia, are potential in the global market.

Sfia, the president of the Tunisian National Federation of Handicrafts who is also the Tunisian government parliament member, then, spoke with The Point about the issue.

The following are excerpts of our recent interview with him:

Q: How do handicrafts take role in Tunisia as well as other Arab countries?
A: Handicrafts can play a great role in building economy in Arab countries. In Tunisia alone local handicrafts have contributed 3% to the current Gross Domestic Product. And the country is now targeting at reaching 8% figure within the next five years. Local handicrafts, in particular, are very essential to the heritage of Arab world.
When you talk about the civilization of the Arab nations, it has deep root that can be depicted by the creation of artistic values such as literature and handicrafts. While we can picture the civilization from the literature aspect like poem, people can see the heritage milestones from pottery. It is, therefore, important for Arab countries to preserve the national heritages not only from literature aspect but from handicrafts as well.

Q: Have the Arab countries been preserving their heritage in terms of handicraft making?
A: Yes, but we still need to do more in terms of promoting and marketing our handicraft products. There are 22 countries that are members of the Arab League of Handicrafts, where I just recently been elected as the president. The objective of the league is to promote our heritage, culture and civilization. I do believe that Indonesian and Arab handicrafts have potential in the global market, particularly in European countries.

Q: Seeing the fact that China has been the leading market in handicraft production, do you see that as an obstacle in marketing the Indonesian and Arab handicraft products?
A: I’m aware of the fact that China leads the world in handicrafts. But this is not at all an obstacle since we are now talking about ethnic handicraft products. The genuine Indonesian and Arab traditional products are very typical. When it comes to the handicrafts that represent your identity, heritage and cultural value, such products have specification and I don’t believe in any presumption that China’s traditional handicrafts can compete with Indonesia’s in terms of making the products. But in terms of marketing the products, it is another story.

Q: What do you mean by China is unable to compete with Indonesia?
A: Perhaps China can make anything now, but we are talking about the traditional handicrafts that can have the local nature. Tunisia maybe able to produce Batik motive-like shirts, but cannot beat the quality of the hand-made batiks produced in Central Java
That’s why we have signed the agreement between Tunisia and Indonesia to have a bilateral trade agreement on handicraft.

Q: What will be expected from this agreement?
A: From Indonesia side, just like President of the Association of Exporters and Producers of Indonesia Handicrafts (ASEPHI), Rudi CH Lengkong said, that the agreement could help the Indonesian handicraft products penetrate the European market.
From Tunisia side, we are really looking forward to marketing more of our handicraft products in Asia.

Borhane Sfia has been the president of the Tunisian National Federation of Handicrafts since 1995 to present. Also, he has been the member of Chamber of Adviser at the Tunisia’s parliament in handicraft sector since 2005 to present. In March 2007, Mr. Sfia was elected as the president of the Arab League of Handicraft, which is headquartered in Tunis.