The Indonesia’s Ministry of Culture and Tourism has set the promotion budget of Rp492.1 billion or US$57 million for tourism development in 2011. The allocated budget is for marketing activities that include overseas and domestic promotion, marketing information, facilities promotion and MICE (Meeting, Incentive, Conference and Exhibition).

The Rp492.1 billion budget is higher than last years’ funding for tourism marketing of Rp446.2 billion. Based on the data from the ministry, the biggest allocation is for promoting tourism facilities, in which the ministry has spent around Rp155 billion; followed by MICE and marketing information with Rp57.7 billion and Rp41.9 billion budget allocation, respectively. 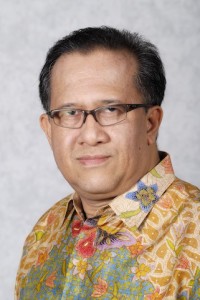 apta Nirwandar, director general of marketing at the Ministry of Culture and Tourism, is optimistic that this year’s marketing approach can reap the fruits of lucrative opportunities to the national tourism industry.

He adds that the increase in promotion budget for the year 2011 is correspondingly due to the country’s better economic outlook and more stable political condition, both of which have paved the way for tourism as a next destination of investment.

“The greatest asset is that Indonesia has a myriad of beautiful landscapes with natural sceneries potential to attract more tourists from across the world. Next is the charm of local people from different ethnicities that makes up the country’s rich culture. And don’t forget about the food. Indonesia is home to various palatable cuisines. Those I just mentioned are what attract most tourists visiting the country. Now that we are blessed with all of these assets, the next step that the government needs to take, of course with the help of people living in surrounding communities, is to create better infrastructure that prioritizes safety and comfort,” Sapta explains.

It is not easy for a developing country like Indonesia to gain economic benefit from tourism. Indonesia’s tourism industry is still behind when compared to that in the neighboring countries of Singapore and Malaysia. The main indicator is always about safety and comfort. 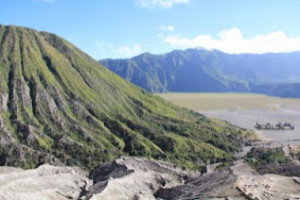 These two elements are of great importance that definitely cannot be overlooked. For that reason, the government has developed a program that increases the availability of easily accessed transportation, especially the traffic frequency of airlines, so as to provide tourists with comfort, he further says.

Safety is the most important aspect that needs serious attention. “Indonesia is proven to be much safer than in the past. In fact, our country’s improved economy has led to better safety and infrastructure in many regions throughout the country,” he assures.

A Barometer of the Economy

Indonesia’s more stable political condition has given a significant contribution to the country’s current economic recovery, leading to the improvements in many industries nationwide. And of course tourism should be included as it offers one of lucrative opportunities to strengthen the economy. 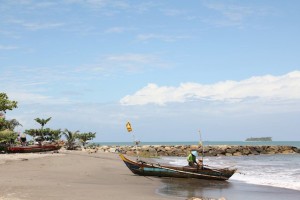 Minister of Culture and Tourism Jero Wacik says in a statement that has been released to public that the government is targeting to gain foreign exchange income of US$5.3 million from 6 million foreign tourists.

In line with the minister’s statement, Sapta is convinced that what the government has targeted will be achieved. “It’s a matter of time. Our natural and cultural riches are very unique and incomparable with those in other countries. The government must be more proactive in promoting Indonesian tourism development by means of preparing designated regions for tourists while protecting local cultures and customs.” 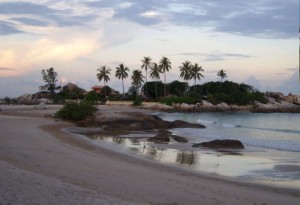 Other than Bali Island and Java, there are innumerable places that can potentially be developed as tourism destination in Indonesia. Lombok, West Sumatra, South Sulawesi, Maluku and Komodo Island are among the provinces with many attractive tourism destinations. “The Ministry of Culture and Tourism is currently in the middle of developing a plan to boost tourism sector in more than 400 autonomous regencies throughout the archipelago,” Sapta concludes.