The first quarter of 2010 is near an end and electronic goods and cellphone manufacturers have been pumping out their latest products on an almost weekly basis. 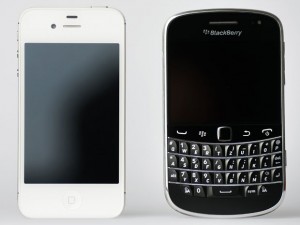 Lauded by many as the biggest electronics show in the world, the Consumer Electronic Show 2010, held in January in Las Vegas showed Google trying to steal the spotlight with the announcement of Nexus One, its first ever smartphone, which is powered by the Android operating system. It was an attempt by Google, along with Palm Pre, Motorola Droid and Windows Mobile-powered smartphones and PDAs, to unseat today’s reigning smartphone kings: iPhone and BlackBerry.

Now, what about Indonesia? Is there even any battle? Go to any business hub in Jakarta, any shopping center, or even high schools and colleges. You’ll see people frantically running their thumbs on that shiny trackball, eyes glued to the little screen, before doing the thumb dance on the tiny qwerty keypad. Yes, Research In Motion’s BlackBerry is the king of the hill in Indonesia’s lucrative smartphone market and it looks likely that RIM will continue to enjoy the view from that lofty place. With Indonesia’s five cellular operators working as authorized distributors of and going all out in promoting BlackBerry phones, consumers have had no qualms to jump on the bandwagon and use the BlackBerry.

Axis, Indosat, Smart, Telkomsel and XL Axiata all market BlackBerry and its services.

“There is close to 10 percent growth in BlackBerry sales in Indonesia,” Gregory Wade of RIM said, as quoted by okezone.com. And RIM consistently looks to cooperate with local application developers, including universities.

“We’ve had constructive and promising dialogues with several universities in Indonesia. And one important thing is that we have our online tools and Java developer kits that can ease the developers’ work in building local-content apps,” Greg added.

The BlackBerry phenomenon in Indonesia may make some analysts scratch their heads, as in big cities even eighth graders are seen using colorful BlackBerrys. Corporate executives and managers are not the only ones who need constant connection via the handsets. Apparently teenagers nowadays also need to have their stream of uninterrupted communication — something that a BlackBerry phone provides through its BB Messenger and push e-mail features.

And, what about Apple’s iPhone?

Back in the late 1970’s and early 1980’s Apple took the world by storm, and brought up the then fledgling PC industry to its adulthood. Apple’s iPod — later followed by the iPhone — introduced to the world revolutionary ways of interacting with your gadget. And Apple’s marketing machine has been doing wonders introducing the products to the world. Out of 100,000 plus apps, more than ten thousand of them are totally free, and market wins in America, Europe and many other countries are clear declarations of the company’s prowess.

Apple reported sales of more than 4.3 millions iPhones in the last quarter alone. “Even in these economically challenging times, we are incredibly pleased to report our best quarterly revenue and earnings in Apple history,” said Steve Jobs, Apple’s chief executive, on the first-quarter earnings.

But Indonesia is proving to be a tougher nut to crack for Apple. The BlackBerry is way out in front in terms of sales and then there are the new players like Google’s Nexus, Motorola’s Droid and the Palm Pre as well as Windows Mobile-powered smartphones and Symbian smartphones. Consumers must dig deeper into their pockets to buy Apple’s expensive iPhones. And, besides, interaction using the touch screen interface has not really caught on in Indonesia.

Forget iPhone’s award-winning work and productive software, or great games with beautiful graphics developed by the world’s major developers. iPhones sold in Indonesia carry hefty price tags, a flaw in the local marketing strategy. Some Indonesians bought the iPhone for its standard functions and they don’t know about the tens of thousands of apps that they can buy or get for free: Indonesian iPhone user think apps are only for iPods.

And most Indonesians still see Apple as the maker of the Macintosh, whose reputation as an expensive computer for the selected few is strongly embedded on the local culture.

RIM’s brush with the Indonesian government over the availability of BlackBerry after-sales service in 2009 is more evidence of the smartphone’s dominance in the country: people were hungry for the phone and did not factor in the lack of service before purchasing.

The BlackBerry operating system may not look as sophisticated as rival technologies, but when it delivers on its promise to deliver rapid, simple communication, a bland-looking operating system wins the day every time.

So, when faced with the choice of getting either an iPhone or a BlackBerry, Indonesian buyers will opt for the most practical option: a gadget that gives them a package of easy-to-use communication at an affordable price.

Fun and productivity-enhancing features, such as a calender, office applications, a camera, a music player and games are on the list of things that consumers want — ask high-school students how many times a day they take pictures using their phone. But as the Facebook-craze remains unabated and push e-mail and Twitter continue providing business people with more ways to maintain contacts, many see BlackBerry as the better choice.

The companies that win are those that come out strongest and try hardest to entice Indonesian smartphone users.