The floor-to-ceiling gigantic bookshelf displays thousands of old tomes in many different languages at Bibliothèque. 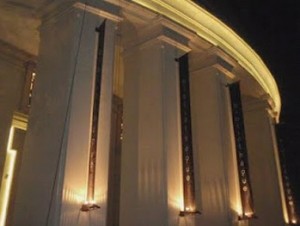 Literally means “library” in French, Bibliothèque is a semi formal club and lounge designed as a two-story antique library that covers the whole back wall of the bar.
With rustic candlesticks, the grandfather’s clocks, grand piano and cosy lighting, you will be taken to the old European accents with the touch of modern nuance, making Bibliothèque a unique entertainment spot in the city. 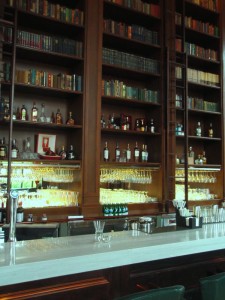 First opened in September 2009, Bibliothèque has recently been revamped. Despite maintaining its classic interior, the place has evolved more into a ‘club and lounge’ rather than a dining establishment.

Open from late afternoon to as late as dawn, the place is filled with crème de la crème cosmopolites seeking discreet elegance of a fun evening. To heat up the night, the restaurant features the live performance of international DJs after 9 p.m.
In addition to serving various drinks, ranging from beers and wines to cocktails such as lychee martini and cosmopolitan, Bibliothèque features 12 unique cocktails inspired by 12 Chinese zodiacs specially made for ladies.

The newly revamped Bibliothèque is not a pure dining venue, but it serves great intercontinental food worth the try. Offering Western and Middle Eastern cuisines, the place can be a great destination for an exquisite dinner after a tiring day. 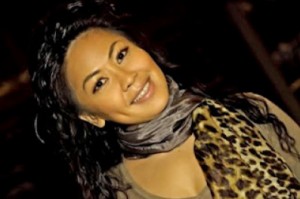 Lily Liu is owner and also conceptor of Bibliothèque, which is operated and managed under Tiger Lily Concept. Lily shares with PMR how she transformed Bibliothèque into a unique venue that adds more color to the vibrant living of Jakarta’s crème de la crème. 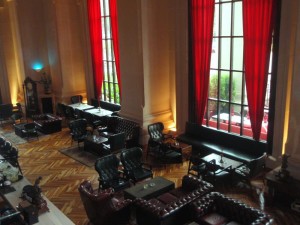 Q: A club and lounge decorated with books shelved in a library-like venue is truly one-of-a-kind place to hang out. What inspired you to open such a unique place?

A: When I got offered the space in Sampoerna building, I carried the blueprint with me to my friend’s house. My friend is a book lover and has a large collection of books in his house. The idea for Bibliothèque just sparked at the sight of his bookshelves. I immediately envisioned masses of books filling in the cavities of the Sampoerna space and had never been able to imagine the place any other way.

Q: Can you tell us more about the idea of infusing the old European accent into Bibliothèque’s interior design? 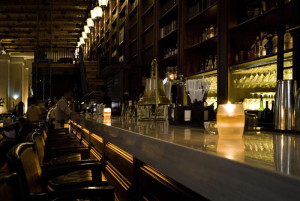 A: I drew a lot of my inspirations from my earlier ventures to restaurants and hotels when I was living in Paris. Having been to so many of these European establishments – and charmed by them – made me want to have my own place that emulates those I had seen.

Q: Initially, Bibliothèque was more like a restaurant, but the place has recently been revamped into a club and lounge. Mind sharing with us what makes you decide to revamp the place?

A: When I first opened Bibliothèque, the idea was to open a Middle Eastern/ French cuisine fine dining restaurant. But it seems, the antiquity of the space dominated the food aspect and became the main attraction of Bibliothèque – a place where people can come together, enjoy good company and nice ambiance. It’s only natural that I turn Bibliothèque into a lounge space.