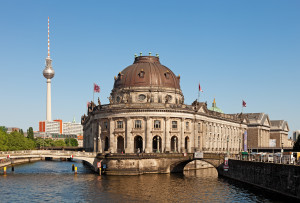 Berlin is such a fascinating city that offers all: history, lifestyle, culinary and architecture.

When you think of Europe, you’d often think about a much more expensive lifestyle and beautiful urban planning. This may not ring true with Berlin. The capital of Germany, as many would point out, is more or less similar to Jakarta. It’s not the most beautiful city—Vienna definitely won head and shoulders—but it is very much live-able (consider a packet of Subway sandwich would cost roughly around €3 to €4, rather similar to the price of Burger King in Jakarta). But one thing for sure, the city is very laid-back and tolerant, which may not be the case anywhere in Asia.

The size of the city disguises the many places of interests a tourist would love to see. If you’re spending only two days in Berlin, the Berlin CityTourCard ticket at the subway (priced at approximately €21 for the 48-hour validity and for any public transport) is an easy way to travel within the city. You’ll be very surprised, though, that Berlin imposes a sort of public trust to no checking (only self validating) on any ticket when getting on the public transport. However, there are officers in disguise on certain days that will randomly check the tickets. You’ll get a fine if you’re unable to show yours. 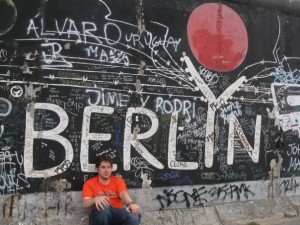 It’s a tough job to narrow down the options of places to visit in Berlin to a few, but this big city is definitely big on museums. There is Museuminsel or Museum Island, which is a small islet in the city that boasts four to five huge museums at one location. Each museum holds a different set of archeological findings—one is hosting Greek antiques, and another Byzantine artifacts and so on. If you are planning to visit other cities in Europe, I would suggest you skip these ones and head straight to the small but very nice and memorable DDR Museum (at Karl-Liebknecht-Strasse 1), just a stone’s throw away. It exhibits the lives of Germans during the Berlin Wall era. It’s very poignant and heart-wrenching, but a total eye-opener to how free and easy the life that we lead nowadays.

The Museuminsel is actually located not far from many other interesting spots, such as the New Synagogue, a center of Judaism that sports quite unique architecture. The area is very close to Alexanderplatz, the shopping center in Berlin. It houses a few shopping malls—not as big as in Asia, though—and plenty of cafes. Here you must try Curry Wurst, a German sausage with curry sauce. It may sound like ordinary, but for Germans it’s one of the most tempting. At the same token, a lot of European fashion brands are sold cheaper here than in Southeast Asia. But the cheapest would probably and still stylish be Primarkt, a three-story building selling all clothing products and random trinkets for the young. 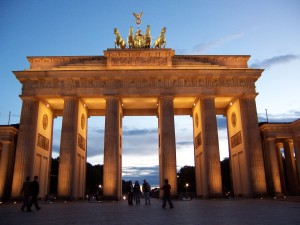 For more cultural insights, head down to the Brandenburg Gate (a symbol of the German division). It’s situated close to a bunch of iconic spots, including Reichstag-building (better reserve your ticket in advance), Berlin Funkturm (a very beautiful landmark) and the Memorial to the Murdered Jews of Europe. The last one is probably the most visually striking: It’s a huge open area with a myriad of rectangular cemented statues—perhaps an irony to coffins. There is a silent eerie when being there, inducing a palpable respect toward the victims of the Holocaust.

Of course, a trip to Berlin wouldn’t be sufficient without a trip to the Berlin Wall or so-called the East Side Gallery. Sadly, what remains of the wall is pretty much nothing that will live up to the imagination. To a layman, it looks like a just string of walls heavily painted in graffiti. Such a less meaningful spot is similar to the Charlie Checkpoint, a remembrance of the Wall’s division. It’s gone too clichéd, especially with the modern shopping malls lying just a few blocks away. Yet, for the shopaholics, it might just be what it takes to love this beautiful—and rather affordable—city of Berlin.