Originally was published in The Jakarta Post on August 10, 2015. 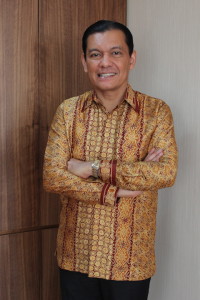 He has returned to his motherland with a wealth of global banking experience gained during his overseas postings. His decade of international assignments included helming the Philippine and Central Eastern Europe offices.

With an international career at Citibank (Citi) spanning more than 27 years, Batara now leads some 5,000 staff members across the archipelago. As the CEO, he is responsible for all Citi businesses in the franchise in Indonesia.

Despite his strong academic background in engineering, as he has both undergraduate and graduate degrees in the subject, Batara has long had an interest in the world of finance. This later prompted him to pursue a master’s degree in finance. He spent all of his academic years in the US.

Regardless of his interest in the subject, his leadership savvy is what has played a greater role in his management success.

As he engaged in a warm chat with The Jakarta Post, the father of three pointed out three elements that highlight his secret strategy in leading such a big organization as Citi — teamwork, passion and execution.