…The Making of a Global President by Dinesh Sharma

The book provides comprehensive insights into the narrative of the life of Barack Obama, the 44th and current president of the United States, in which the author looks at Obama’s cultural pathway through his uneasy life cycle and how he coped with social challenges. 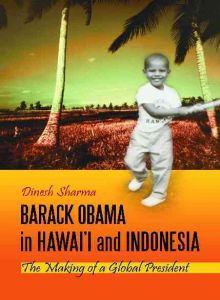 Barack Obama in Hawai‘i and Indonesia: The Making of a Global President is the first study that elaborates on interesting facts about Obama’s early years in the multicultural environments, and how they have impacted and become very significant to his current life.

During the making of the book, Sharma conducted a few years of painstaking research and extensive first-hand interviews in Jakarta, Honolulu, New York, Chicago and Washington, DC to discover evidences of Obama’s multicultural upbringing, narrative psychology and transformative leadership that ultimately crowned him as the first African American to be elected president.

Arguably the most popular and controversial biography of US president, the book also reveals the facts that answer the debunked false report on whether Obama attended a Muslim or Christian school in Jakarta, and whether he was born in Hawai’i. 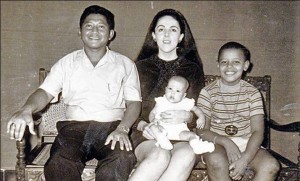 No less interesting, the author details the first 18 years of President Obama’s life, during which he spent in Hawai’i and Indonesia, from his birth in 1961 to his departure for college in 1979.

Sharma implies Obama’s early years in Hawai’i and Indonesia as the seed that implanted Obama global values of his self-rooted outpost patriotism. Obama’s character of being patient is one crucial element in his today’s career that resulted from his upbringing in Hawai’I and Indonesia. Here, Sharma remarkably details the confluence between Obama’s biography and the challenges the United States faces today.