When it comes to staying connected, Indonesia outshines other countries in Southeast Asia.

The Indonesia Internet Service Provider Association (APJII) predicts that by the year’s end, around 107 million people in Indonesia will be online, putting the country in 12th spot in the Internet-user global list. More and more people are connecting to the Internet on their mobile devices, according to the Global Web Index Device Summary 2014. 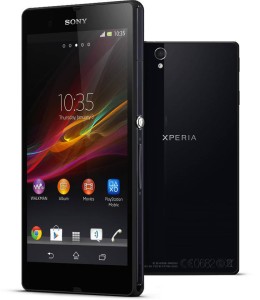 “Mobile-only Internet usage is high in many fast-emerging Internet markets. In Indonesia, for example, 28 percent of the mobile Internet audience are mobile-only users – a figure which compares to just 5 percent in the US,” the report reveals.

The question now is what smartphones can deliver a better mobile Internet experience.

With producers churning out new smartphones every other day, the market has become convoluted even though most people will opt for mid to high-level smartphones for their mobile connection.

The Sony Xperia Z and Asus Pad Fone 2 are two examples of upper-range smartphones that promise a quick Internet connection. Both boast up to 100 Mbps download speed on the LTE network, or 42 Mbps on the HSDPA network, more realistic for Indonesia as there are no all-around 4G services yet in the country.

The Sony Xperia Z is Sony’s flagship series of smartphones with the Xperia Z Ultra being the top in the series. Sony is going all out against the giants in the industry, namely Korea’s Samsung and LG for Android phones and iPhone from Apple.

Samsung—the global leader in smartphone manufacturing and sales and a sweetheart among many Indonesian Android users—offers dedicated Samsung Push Services. With the app, users can get instant notification from all Samsung messaging services. Other telephone makers also come up with their own push services with varying degrees of success. 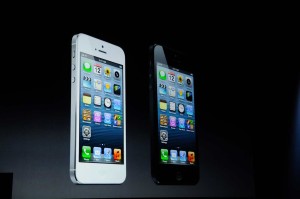 Sony Xperia Z users have been complaining about their smartphones failing to push emails and other messages, causing them to do it manually. Sony usually responds pretty quickly to such complaints, but often the solution offered is for users to reset the connection, re-enter user data, or contact the telephone providers.

Taiwan’s HTC One smartphone, which brought home the much coveted Best Phone category in the Global Mobile Awards 2014 at the Mobile World Congress in Barcelona, has drawn ire from users who unanimously complain about the problem related to the smartphone’s push mail service.

Why is a smooth and problem-free push service a concern?

APJII, reporting a survey conducted by Central Statistics Agency (BPS) on the state of Internet in the country, says that a large number of Indonesians go online to send and receive emails (95.75 percent). With the BYOD (Bring Your Own Device) initiative continuing to gather steam, businesspeople are relying more and more heavily on their handheld devices for their businesses, including for their business mails.

When it comes to receiving messages on mobile devices, BlackBerry devices are still considered the best. The BlackBerry push email feature was one of the very first in the world, and until today, Android, Apple and Windows phones are still trailing. BlackBerry, with its BIS (BlackBerry Internet Service) and BES (BlackBerry Enterprise Service) continues writing the rules of the game when it comes to Internet services, despite the huge drop in sales of its devices. 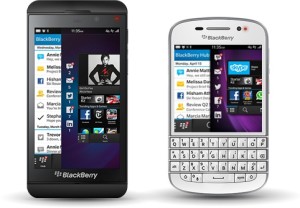 The BlackBerry push email service does what the name suggests: It ‘pushes’ new emails straight to the BlackBerry device upon receipt. Users need to confirm this action when they first enter their email address during the initial setup of the device. With the Android and iPhone mail service, users get notifications about new emails and they will need to pull new emails to read them. This requires more power and drains battery faster.

The same thing can be said about the Windows Phone operating system. Users will need to pull new emails in order to read them. And sometimes even that is a hit-and-miss affair. Gmail and Yahoo! have their own mail application, but these still require polishes and constant updates of these applications sometimes cause more annoyance than relief.

Android phones and Apple’s iPhones shine in many other areas. Their extensive library of applications makes the two operating systems today’s choices. Dozens of mobile web browsers and Internet media players and downloaders are abound.

Most today’s smartphones run on the HSDPA or 3G+ network. The now-standard 42 Mbps connection speed should ensure a fast connection speed for opening emails, social media, browsing the web or even downloading files. But if the cellular connection is not up to the task, even the most advanced devices will stutter when it comes to connecting in Indonesia.