Secretary General of UNWTO (the United Nations World Tourism Organization) Taleb Rifai expressed his optimism that the tourism sector is one of the big potentials for ASEAN countries to boost their economic growth. 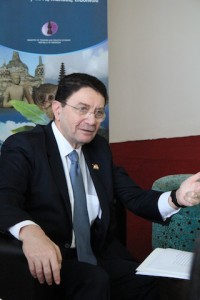 Speaking in front of a group of journalists at the ASEAN Tourism Forum 2012, which is taking place in Manado from January 8 to 15, Rifai said he was delighted that UNWTO has developed a strong relationship with ASEAN.
To help ASEAN countries realize such a propitious potential in the tourism sector in each respective country, Rifai said that UNWTO and ASEAN have made a series of cooperative discussions, which are delivered based on the following three important initiatives:
First, UNWTO will assist ASEAN countries, both individually and collectively, with the statistics and data collection in the conformity with the United Nations standards of data collection and interpretation. “We have the Tourism Satellite Account (TSA) and we have committed to helping AEAN countries implement this internationally acknowledged system,” Rifai added.
Sustainability is the second initiative that is of great significance. He furthermore explained that awareness level of sustainability has greatly increased on an international scale. “Here, sustainability is translated as a means of promoting environmental protection activities, including those of the culture and the uniqueness of each country. Sustainability is high on the agenda and I’m very convinced that ASEAN countries can become the leaders in achieving more sustainable goals, especially in the field of tourism.” 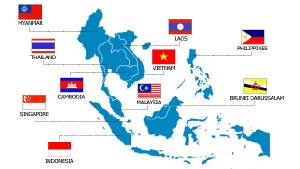 The last initiative is to join the rest of the world in an effort to facilitate travel more easily by improving visa regulations and entry procedure. “In order to boost tourism sector, it is crucial to provide convenient facilitation for people to travel from one part of the world to another. Those travelling within the ASEAN countries have the potential to contribute the growth of the tourism sector in the region. We want to maximize this and make an international phenomenon. And this is our task for the upcoming two to three years. So, we are determined to work with ASEAN to achieve the goal,” Rifai said while recalling his meeting with Indonesian President Susilo Bambang Yudhoyono.
“I met Mr. Yudhoyono last year during which Indonesia officially joined the group of countries whose leaders have signed the golden book of support for travel and tourism all over the world,” he recalled adding, “And I’m very excited that I met Indonesia’s new Minister of Tourism and Creative Economy this morning. She’s very capable lady who can be of great asset to promote tourism in Indonesia and the region.”
=====