Along with the government’s efforts to spread economic growth to all provinces, the property industry has been keeping a weather eye on the increased demand for residential and commercial estates outside Greater Jakarta.

Megalopolitan Jakarta has been experiencing tremendous growth in urban development with improved infrastructure and increasing land values that have extended to areas outside the city.

The property boom in Greater Jakarta and its vicinity includes the development of projects such as residential complexes, apartments and condominiums, mixed-use developments, shopping malls and townships taking place in the fast growing areas of Serpong, Tangerang in the South West corridor, Depok and Sentul in the south corridor toward Bogor, and Pondok Gede and Cikunir in the east corridor toward Bekasi. Investment-wise, the potential of these areas has attracted not only investors and retailers but also individuals from various walks of life.

In spite of the value that lucrative property investment in Greater Jakarta has to offer, the stable economy is leading to a reshaping of the urban development of secondary cities in the country. 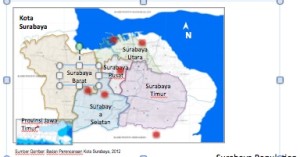 Correspondingly, many developers and investors see secondary cities such as Bandung, Surabaya, Yogyakarta and Semarang as a potential with favorable investment opportunities.

The popular weekend getaway for Jakarta residents, Bandung, West Java has long been known for its F&B and shopping hubs, leading to the development of shopping malls, recreation centers and hospitality projects.

Despite the number of already operated F&B, shopping and entertainment venues, the demand continues to rise with potential areas in the eastern and northern part of Bandung.

Bandung has a laid-back lifestyle different from the capital city of Jakarta with all its hustle and bustle. But the fast growing population of this West Java capital is gradually changing the face of the city.
Not only does Bandung offer lucrative potential for commercial projects, but the city is also setting a trend for vertical living with high-rise and mixed-use projects deemed to be prospective.

The same case can be seen in Surabaya, with the rapid urban sprawl in West Surabaya and the city’s east and south toward Sidoarjo. Developers are aggressively developing projects with various
property products, from landed housing complexes to high-rise apartments and mixed-use developments, as well as commercial and hospitality projects.

In considering the city’s rapid development, many would agree that the Surabaya property market should be on the upbeat. Given its role of being the second biggest city in the archipelago, Surabaya offers numerous opportunities in the property industry.

Even though the housing complex still remains popular, high-rise projects such as condominiums and mixed-use developments have won the hearts of Surabaya residents seeking the convenience of a vertical lifestyle.

Just like in Bandung, Surabaya is experiencing a growth in mixed-use developments; as people in these two cities are aware of the advantages of a one stop lifestyle destination where living, shopping, working and entertainment are within reach. 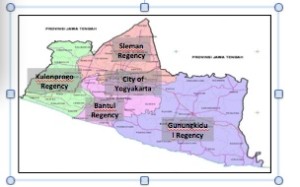 In Central Java, demand for residential and commercial estates is on the rise, especially in Yogyakarta and Semarang. In the special district of Yogyakarta, developers see potential for urban development in the northern part of the city.

The question then arises, how much potential do the secondary cities mentioned above have to grow and prosper in the coming decade?

Let us first focus on the demographic factor. Young professionals and new families are critical in shaping the future, and many of them are moving to these cities to leverage their careers while seeking an alternative to city living.

Next is the economic factor. The Central Statistics Agency (BPS) recorded economic growth in 2012 reached 6.3 percent and the Central Bank was able to maintain the interest rate at 5.1 percent, which was higher than the country’s 4.61 percent inflation rate.

The economy is indeed conducive to investment, as Fitch Ratings and Moody’s Investors Service have upgraded Indonesia’s credit sovereignty for the first time since it was hit hard by the 1998 crisis.

The economy has also led to a rising middle class with strong domestic consumption. As such, the increasing purchasing power of people living in the secondary cities offers lucrative opportunities for businesses.

As commercial activities will follow to support the increasing needs of residents’ daily staple and lifestyle, the demand for commercial facilities such as shop-houses, neighborhood shopping centers and eventually workplaces and recreation facilities will indisputably increase in due course.

Apart from those cities in Java, we are also seeing development advancing in cities such as Medan and Palembang in Sumatra, Balikpapan, Pontianak, Makassar and Lombok, albeit at a slower pace. Not to mention the unprecedented property boom in Bali.

With such a favorable economy, the property industry is poised to move forward in 2013 and years to come. Let us keep an eye on the growth of the country’s secondary cities, as land prices are expected
to increase.

By Vivin Harsanto, the National Director and Head of Strategic Consulting at Jones Lang LaSalle