Being consistent in the sectors of financial planning and wealth management, Aidil Akbar Madjid has eventually achieved a success in a profession that was not virtually known in Indonesia in the early 1990s. 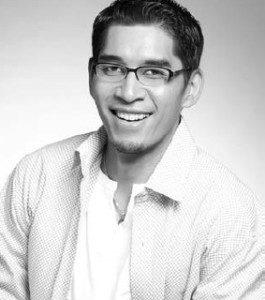 Akbar, as colleagues and friends affectionately call, is now president director of three linked companies; Pavilion Wealth Management, PT Pavilion Capital and PT Global Financial Services. In addition, he is chairman of Akbar’s Financial Check Up (AFC) and commissioner of PT Inamas Sakti Sejahtera. This is not to mention the significant role he plays as chairman of the International Association of Registered Financial Consultants (IARFC) Indonesia, a U.S. based organization with offices in more than 25 countries.

All of these activities must fill his daily agenda, but Akbar, who has written four books about financial planning and investments, still finds time to regularly host TV and radio shows.

His success story stretches back to 1994 when he was appointed junior financial planner at Sun America, an insurance company in Los Angeles, the U.S. He was still taking undergraduate degree when holding the post.

As he became more interested in stock trading, Akbar joined Ameritrade in 1996 and Lazar & Associates the following year, both in Los Angeles. From 1998 to 2000, he was senior financial advisor at American Express in Glendale, California before returning to Indonesia.

Joined Manulife Asset Management as a senior manager upon his return to the motherland, Akbar later climbed higher to hold his current top positions. 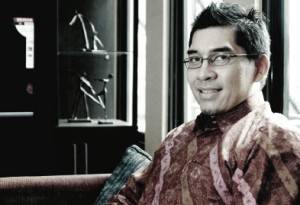 Met by HighEnd at his office in a South Jakarta’s prime area, Akbar says that wealth management has opened its door in Indonesia with a flourish even though the business is relatively new in the country.

Do you think such particular business as wealth management is promising in Indonesia?

With around 240 million people living in the country, there is undoubtedly wealth to be invested. Nevertheless, as the term wealth management means a continuous process to reach your financial goals, the practice requires knowledge and experience.

How about the qualifications of wealth managers and financial planners in Indonesia?

Both professions are relatively new in this country and yet to be clearly regulated in the capital market law. Hence, reputable international associations like IARFC can be the benchmark to measure the qualifications of a wealth manager and/or financial planner.

Can you tell me more about the activities of IARFC Indonesia?

Do your firms such as Pavilion Wealth Management and Akbar’s Financial Check Up provide the same services as in those banks?

Of course. Both Pavilion Wealth Management and Akbar’s Financial Check Up are independent financial consultant firms focusing on financial planning and wealth management. While the former concentrates on high net worth individuals, the latter targets middle class to upper segments.

What are the criteria of your clients under Pavilion Wealth Management?

Those with the total assets above US$ 5 million. Some have even accumulated much higher figure. These high net worth individuals need a more personal approach, so I limit the number of clients in this segment.

How about Akbar’s Financial Check Up?

I target this for mass clients from the middle to upper segments, ranging from staff of private companies to young executives and other professionals like doctors, managers, entrepreneurs, to name a few. The growing number of upper middle class Indonesians, who mostly belong to the ranks of professionals, is also our target market. To facilitate a better service, I now employ 36 consultants.

How do you advise your clients?

People coming to us usually those desperately need advice to solve their problems of money management, debt, children education, pension plan, and so on. Depending on their risk profile, we will give them a solution. For example, I don’t recommend my clients from middle class segment to buy insurance products as an investment. Instead, I would suggest allocating some of their savings into investing in mutual funds.

But many insurance companies nowadays offer unit linked products which are invested into mutual funds.

That is true, but we are here talking about pure investment. Insurance in essence is a protection. Unit linked products are the combination of protection and investment. So, the return is not as high as when investing in mutual funds. However, insurance products can be beneficial for upper class and affluent individuals, owing to the products’ tax protection. Their high income is subject to high tax, so insurance is a good vehicle to reduce the tax.

Let’s talk about your hobbies.

Work is my hobby. I love what I do for living and I don’t feel like this is a job.

What do you like doing when you are not working?

I like reading biographies such as those of Dalai Lama, Soekarno and Soeharto. Speaking of Soeharto I truly admire him. Regardless of the negative perception about him, he was a great leader. He had no choice, but using dictatorship due to the country’s condition at that time. But he was succeeded to bring Indonesia to a more prosperous stage.