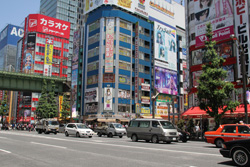 Tracking the natural beauty and unique culture of the Land of the Rising Sun.

Known for high-tech innovations that has led to decades of sustainable economic growth, Japan is a unique travel destination.

Apart from local delicacies and an astonishing number of modern shopping and entertainment centers, the country features a host of heritage sites that represent the hospitality of the Japanese people and their culture and traditions.

Jplus was invited by the Japan National Tourism Organization (JNTO) and Cathay Pacific to explore what the Japanese archipelago has to offer. 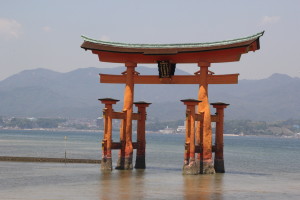 This media familiarization trip also marked the introduction of Cathay Pacific’s five-times-weekly service between Jakarta and Hong Kong, as well as its new business class cabin.

Cathay Pacific business class provides travelers with a comfortable space and a controller that enables you to adjust your seat from an upright position all the way to a fully flat bed. It’s a convenient – and comfortable – way to  embark on a journey. 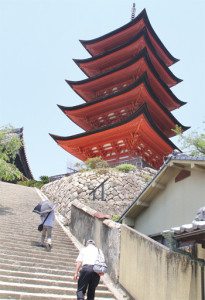 While we were in transit at The Bridge, the newest Cathay Pacific lounge at Hong Kong International Airport, I was looking at photos of my previous visit to Tokyo a few years back for a short work trip.

The photos were mostly of big buildings and modern developments. But that’s not really what Japan is: The cities are where traditional heritage and aesthetics meet cutting-edge technology.

A five-hour transit wasn’t that tiring; thanks to the lounge’s facilities that helped us relax and unwind. It was almost noon and we were set to board a three-hour flight to Fukuoka, which would be the start of a more-than-1,500-kilometer journey.

Cradle of Culture
A sunny afternoon greeted us at Fukuoka International Airport. Fukuoka, also known as Hakata, is the capital of Fukuoka prefecture. With a population of approximately 1.5 million, the city is Japan’s sixth biggest and the largest in Kyushu,
the southwesternmost region of the country’s main islands. 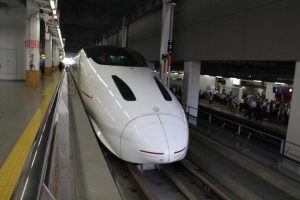 Dubbed the cradle of Japanese culture, Fukuoka was the first place in the country to be exposed to the culture of the Asian continent. This is also
where the first Japanese rice was cultivated in the third century BCE. Today, the city is home to big shopping malls, as well as museums and heritage sites, like Kushida-jinga, a Shinto shrine dating to 757. Our tour guide, Tatsuo Yoshino, said Fukuoka has been the hub of Kyushu ever since.

We walked around the city center and strolled along Canal City Hakata, a shopping and entertainment complex boasting shops, cafes and restaurants. With curving sculptures surrounding fountains, the architectural design of the complex was quite fanciful. Our hotel, the Hakata Miyako Hotel, was in the central business district of Tenjin. The streets nearby were filled with department stores, boutiques and fashionable coffee shops and restaurants. 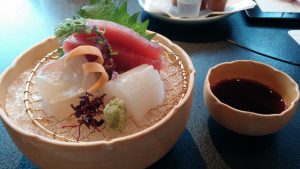 Located just across from the hotel is Tenjin train station, where you can see thousands of commuters caught in fresh chaos during the rush hour. Here was where we took Shinkansen (a bullet train) to Hiroshima the next morning. The distance between the two cities is 282 kilometers, which took only two hours to traverse on this high-speed train.

Historic City
We arrived in Hiroshima station at around 9:30 a.m. and started a three-day road trip by bus exploring different cities and prefectures.
Devastated by an atomic bomb during World War II , Hiroshima is now a modern city on Honshu Island boasting gleaming skyscrapers and modern
developments. 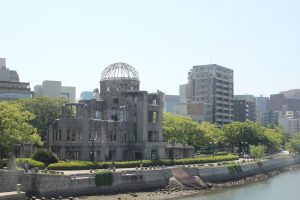 Among the city’s 1.1 million residents, you will find difficulties in meeting locals who speak English – a condition that is also apparent in other cities across the country. Yet, Japanese folks are truly friendly and helpful in many ways. For example, on a previous trip to Japan, I asked a resident about one particular address. Despite the obvious language barrier, she volunteered to walk with me to find my destination.

We didn’t encounter such obstacles during our journey, as our tour guide Yoshino-san (Mr. Yoshino) was with us throughout the trip. “Hey look! That’s Hiroshima Peace Memorial Park. It’s built to commemorate the dropping of the atomic bomb over the city on August 6, 1945. And it’s now a UNESCO Heritage site.” Yoshino explained on our way to Miyajima Island.  Other prominent sites worth a visit are the beautiful Shukkei-en Chinese style gardens and Hiroshima castle, which is surrounded by a moat and a park.

A one-hour drive took us to Miyajima-guchi station. From a pier near the station, we took a ferry to Miyajima Island. Also known as Itsukushima, it’s one of the most scenic spots in Japan. “Literally meaning ‘Shrine Island’, Itsukushima has been part of Hatsukaichi, a city in Hiroshima prefecture, since 2005. Prior to that, the island was known as the town of Miyajima,” said our guide as the group had a sightseeing walk. 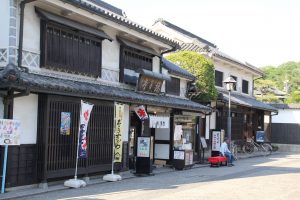 Strolling through the island was fun. Our eyes feasted on a stunning array of traditional Japanese style shops selling handicrafts, souvenirs and local foods.
“The Japanese regard it as a sacred island, thus no one is allowed to be born or die there,” goes a local saying. The island is home to the Itsukushima Grand Shrine, another UNESCO World Heritage site. It’s also famous for its iconic torii gate. Both the shrine and the gate, which were built over water, appeared to be floating especially during high tide.

Back on the road, we enjoyed beautiful panoramic views along the 150 kilometers to Kurashiki, a historic city in western Okayama prefecture. With a population of only around 500,000, the city featured a blend of new and old. The main tourism attraction is the Kurashiki Bikan historical quarter.
Nestled along a narrow canal with Mount Tsurugata as a backdrop, the quarter is a magnificent green townscape that displays a mixture of Japanese and Western flavors. 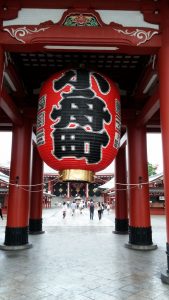 Technology has long been an inseparable part of the local lifestyle, including the use of exotic electronic toilet seats – just as in other parts of the country.
Here, however, I found that the old traditions still prevailed, with some people wearing traditional clothes as part of their daily routine. Another heritage site worth the visit is Himeji castle in Himeji city. Nicknamed “White Heron” for its white walls, the castle was built of wood. Unlike many other castles, it was never destroyed in wars. The large complex was completed in 1609. We spent about an hour walking around and climbed a ladder to the top of the main tower, which is 46.4 meters high. It was quite tiring, but fatigue fell away when I feasted my eyes on the spectacular view.

Japan is also known for the magnificence of its natural landscapes and beautiful green spaces. If you happen to be in Okayama Prefecture, head to Mount Washu, about 20 kilometers south of Kurashiki. Along the way, stop at Washuzan Observatory for a beautiful sunset against Seto Ohashi Bridge. Connecting Okayama and Kagawa prefectures, the 13-kilometer bridge has highway lanes on the upper deck and railway track on the lower deck. 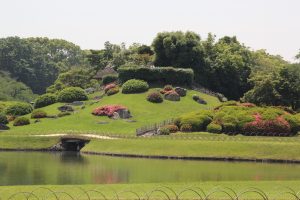 We visited Okayama-Korakuen, one of the most famous gardens in the country. One of the Edo Period’s legacies, the garden has retained its original appearance. We had an hour walk through greenery while feasting our eyes on various bonsai and flowers. Later, we visited Sazanami Chaya in a tea room located inside the premises for a maccha green tea tasting.

We ended our bus tour in Osaka and took a bullet train to Tokyo – a journey of about 550 kilometers that we completed in about two hours – to spend the last three days in the country’s largest cities: Tokyo, Yokohama, Osaka and Kobe. Amid the presence of modern buildings and technological advances, these metropolitan cities are still conducive to green living. Despite blending into the rhythm of the city’s busy scene, many Japanese cosmopolites are still accustomed to creating gardens in their houses, apartments and even shops. In Japan, even a crack in the sidewalk can be a place to grow a flower.