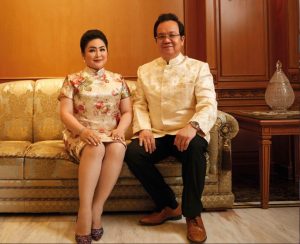 Making confident decisions often leads to success, not only in life but also in business; and this assertion truly reflects in the life of Daud Dharma Salim and Christina Sudjie.

Kristamedia Pratama – Krista Exhibitions, the company that they established back in 1994 surely led to the right path that later shaped their future. From humble beginnings as a simple printing company, Kristamedia has now thrived as one of the leading event organisers in Indonesia.

“Our focus was only on printing. We made various printing products for different industries. As the business ran, we had the access to various businesses from many sectors, and this what led us to make confident decision to embark on event organising venture,” recalls Daud who later married Christina in 1996.

Organising trade shows is now the company’s main business focus. Daud, who plays the role as the Chief Executive Officer, works hand-in-hand with Christina who is in charge as the Chief Marketing Officer. Together, through their international class trade shows, they bring businesses from around the world to meet their future partners.

Blessed with visionary leadership, the couple holds a strong belief that building a sustainable business is feasible. “Business leaders should be able to envision a better future which is reflected through making the right decisions. Yet, we should not ignore the power of teamwork,” Daud asserts while his wife nods in agreement. “Business is about teamwork, and together with my husband we always involve the team in the company to map lucrative business plan. This way we can keep the business running in a sustainable way,” Christina explains. 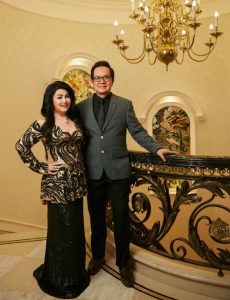 But the road to sustainable growth does not always run smooth. Yet, with hard work, dedication and perseverance, Daud and Christina were able grow their business. “Being entrepreneur is not enough to grow a business, we have to be a visionary to create a better future through empowering our teamwork,” Christina says while her husband adds, “It is important that you hire the right people to do the right task. We aren’t in favour of the situation where a member of the team is unable to do his or her job. This will hinder the progress of the team’s work performance. And this is one of the main challenges many business entities face in their day-to-day operations. We don’t want that. So, at Kristamedia, ‘business is about teamwork’. That’s our philosophy that keeps us going in the industry.”

For Daud and Christina, building trust is also crucial as it creates openness within their company. “You have to make sure that your team is as strong as it can possibly be for the good of the company and also for the self development of every member of the team. When you have that strength, you should know your role and how you should execute it in your business activities. Like myself as the CEO and my wife as the CMO, we have our own roles, and we together oversee hundreds of employees of whom also play their own roles in contributing their skills to the company as a whole team. So, being a good team player is the only way of keeping the team solid,” the CEO of Kristamedia asserts.

Currently, Kristamedia has as many as 85 full-time employees, and more than a hundred of part-time employees; and the number of their staff can reach even 400ish when organizing an event.

With the help of their outstanding human resources, the couple is now aiming higher, with more lines of business drafted in the company’s plan. “One of them is entertainment. We will let you know once we have executed what we have planned in our business development agenda,” Christina, who has the design background, says.

Christina and Daud are blessed with a daughter, who’s inherited her mother’s design know-how. “Just like her mom, she’s very keen on designing. She’s now attending fashion and graphic design school in Japan,” the father says.

Speaking of Japan, the couple also lists this sakura country as the top list of their favourite travel destinations. “Travel is one activity that makes people appreciate the beauty of living, which is the precious gift God has given to us,” the mother says, adding that she loves to sing as not only a hobby, but also as an expression of her love to God.

Indeed, singing is also her talent, and she has released five gospel albums. Among the songs she sings in those albums are “Tangan Tuhan (Hands of God)”, “Surya di Balik Awan (Sun Behind Clouds)”, and “In Your Hands”.

More interestingly, Christina shares the same interest in music with her husband. Both have the passion for spiritual songs, and Daud is also involved in the gospel album production with his wife. One of their songs is “Kasih Tuhan (the Love of God)”.

“We share some of our spiritual songs in the form of video clips on YouTube, so we can share the Love of God to others,” Christina says while Daud nods and smiles at his wife.