A cultural trip to the capital of South Sulawesi to raise funds for local communities. 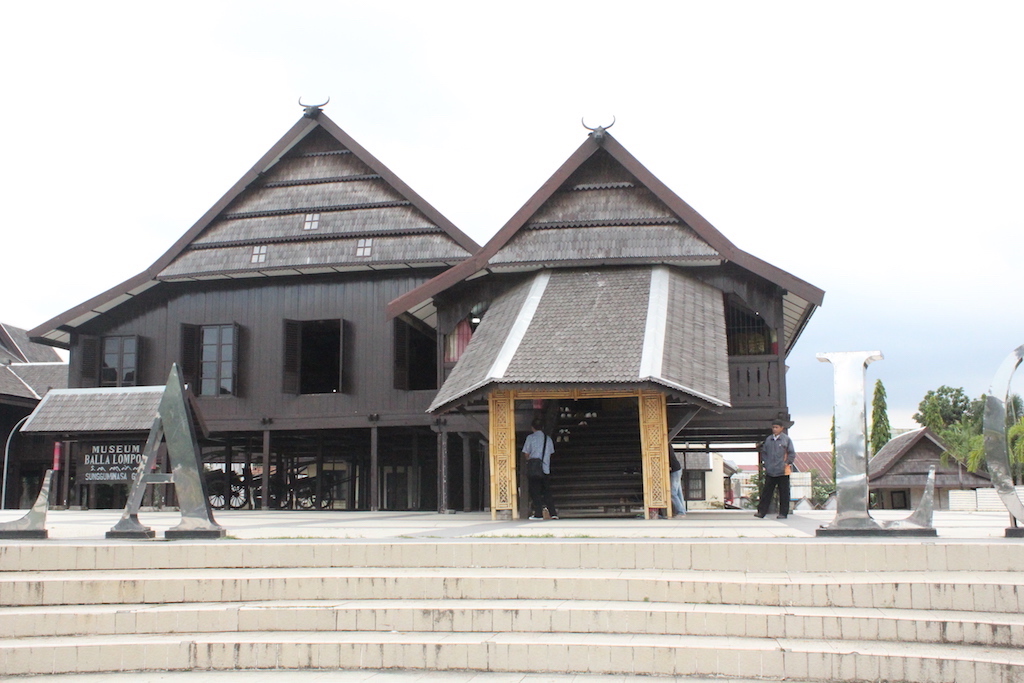 A cultural trip to the capital of South Sulawesi to raise funds for local communities. Early on a Tuesday morning, a group of socialites gathered at Soekarno-Hatta International Airport dressed in sarongs that hinted of South Sulawesi. They were joining a cultural trip to Makassar that was organized by MARITAGE Indonesia, a non-profit initiative that seeks to economically empower women artisans in developing countries. The acronym stands for Multicultural Art and Heritage.

The three-day/two-night tour, dubbed “Makassar yuukkk…”, or Let’s Go to Makassar, followed the success of “Solo yuukkk…”, a cultural trip to Surakarta (Solo), Central Java held in November.
“Both tours are part of MARITAGE Indonesia’s fundraising program in which participants are also the donors,” Dhanny Dahlan, MARITAGE Indonesia vice president, said. “The proceeds from
both tours will be used to support tailoring class for deaf students at the Sana Dharma junior high school for disabled children in Pondok Labu, Jakarta.”

Dhanny, who climbed to fame as a model in the 1980s and 1990s, said that both tours were held to promote tourism in Indonesia. “This time, Makassar yuukkk… was held in conjunction with
‘Femme: Celebes Beauty Fashion Week’, the city’s 11th annual fashion show.” J+ was one of only three media representatives invited on the trip, which took the participants on a journey where they could feast their eyes on historic sites while enjoying cultural attractions, culinary excitement as well as a shopping spree. Here’s our report. 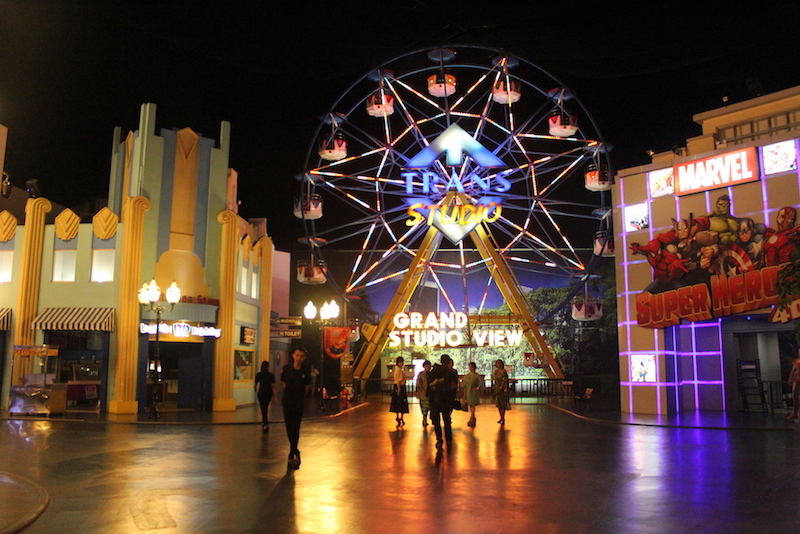 Traditional and Modern Charms
Upon our arrival at Sultan Hasanuddin International Airport, we went straight to Gowa regency on the southern border of Makassar. In the Dutch era, Gowa was the center of the Makassar kingdom, whose 16th ruler, Hasanuddin, was proclaimed a National Hero for standing up to Indonesia’s colonial occupiers.

Still sitting magnificently within the borders of the historic kingdom of Gowa are Tamalate Palace and Balla Lompoa. The palace now functions as a multi-purpose building for occasions such as wedding receptions. Adjacent is Balla Lompoa. Literally meaning mansion, the former palace is now a museum, housing various displays of traditional attire and heritage objects. Gowa Regent Adnan Purichta Ichsan, and his wife, Priska Paramitha Adnan, hosted a lunch at Tamalate Palace to welcome those on the MARITAGE Indonesia tour.

While enjoying sumptuous local dishes, we were entertained by the performances of Pakarena and Pepe traditional dances. The evening was also enlivened by a musical titled “I Basse Goes to Bollywood” at Trans Studio Makassar. In a modern setting, the musical blends comedy and romance as it narrates the journey of love of I Basse, which means the girl from Makassar. Spanning 2.7 hectares, Trans Studio Makassar is one of the largest indoor amusement parks in the country, featuring four play zones with 22 rides and games.

In the Realm of Fashion
The next day marked the opening of Femme: Celebes Beauty Fashion Week, held in the Golden Lily Ballroom at Four Points by Sheraton, the hotel where we stayed. “It’s the biggest fashion show in eastern Indonesia, said MARITAGE Indonesia public relations chief Sita Satar. “We chose the hotel for our accommodations so the participants could conveniently go back and forth
between the room and the event.” 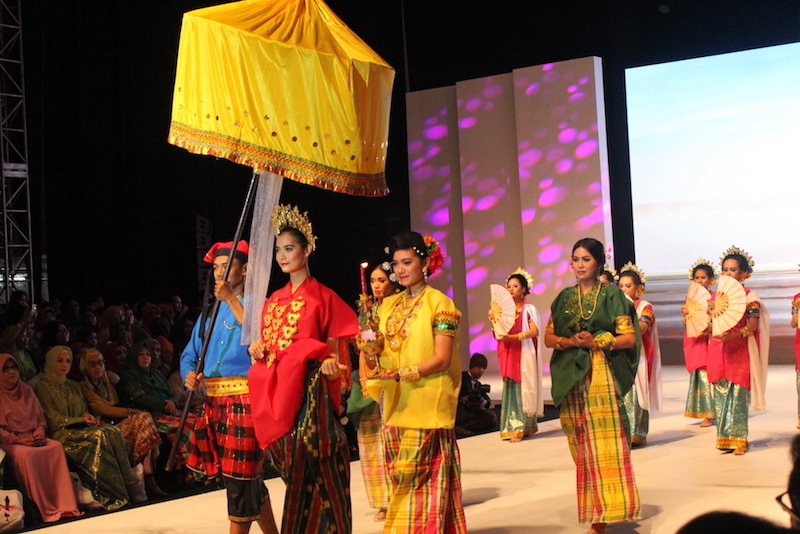 “I’ve seen many high quality local products at the exhibition. Femme is a great platform to show the world that our fashion industry is moving forward. After all, it’s a fun one-stop shopping
destination,” Dewi Abdy, one of the participants, said.

Local Delicacies
Makassar is also known as one of the major culinary destinations in the nation. You may be surprised to see some dishes you can’t find anywhere else in the archipelago. Throughout the trip, starting from the lunch hosted by Adnan, our palates were spoiled by varieties of sumptuous local dishes.

Our last night in Makassar culminated in a gala dinner hosted by the city’s mayor, Danny Pomanto, and his wife, Indira Jusuf Ismail. The dinner was held in a beautiful outdoor setting at Fort Rotterdam, also known as Benteng Ujung Pandang. This 17th century historic site was a Dutch stronghold in Ujung Pandang, former name of Makassar.

Coto Makassar was probably the star of all the local foods we tried. Coto is a local term for soup. Customarily served with rice cakes, this traditional Makassar soup is a beef stew cooked in seasoning broth. Also served was mie titi–basically a version of Chinese i fu mie, or dried noodles served with a thick soup of vegetables and meat. The dessert, pisang ijo, literally meaning green bananas, was worth a try. It is a banana wrapped in green rice flour and served with syrup and condensed coconut milk.

Our trip concluded with a lunch and an exhibition courtesy of the Regional Council for Handicrafts (Dekranasda) at the mayor’s residence. The exhibition showcased various local and traditional products, ranging from purses and bags to sarongs and knickknacks. Hosted by Danny and his wife, this gathering saw participants indulge in more shopping as they sated their appetite with
a range of local dishes, including bassang (white corn porridge). There were more dishes to sample and historic places to visit that we didn’t have enough time to explore. Yet, in such a short
trip, we were still able to get a glimpse of what the city had to offer.

“Makassar is among the many places Indonesia has to offer to the world of tourism, especially when it comes to culinary options, cultural attractions and historic sites. It’s time that we all promote the beauty of our country,” said Desra Ghazfan, another participant and the husband of Dhanny. “We had Solo yuukkk….We’ve just finished with Makassar yuukkk….And we will soon have another one. We haven’t decided where it will be, but the objectives remain the same, which are to raise funds and promote local tourism,” Dhanny said.