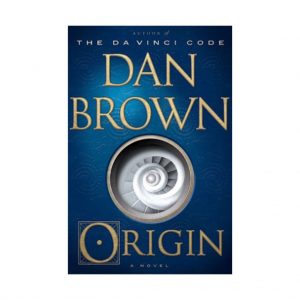 Robert Langdon is back. The Harvard Professor of symbology and religious iconology, is once again thrown neck deep into a fast-paced race to solve an array of mysterious complicated puzzles with the future of the world hanging in the balance.

This time, the novelist Dan Brown is taking the hero and his beloved Mickey Mouse wristwatch to Bilbao, Spain where he was a guest to an unveiling of a discovery that “will change the face of science forever.” But, of course, thing doesn’t go as planned as some dark and mysterious force has decided to put a stop to the event and keep the secret to themselves, by any means necessary.

Readers may expect Dan Brown’s trademark of hyper fast pacing, and multilayered plots that keep readers guessing until the last pages of the book. And with the story taking place in Spain, most specifically in Bilbao, Barcelona, Madrid and Seville, and starts at the ultramodern Guggenheim Museum, expect to be wowed by the description of the cities’ most venerated landmarks and arts—things that Dan Brown is known to have a knack for. But, this time, the book will put more focus on modern arts and the application of cutting-edge technology available today and weave them into the story to create a story both compelling and satisfying.