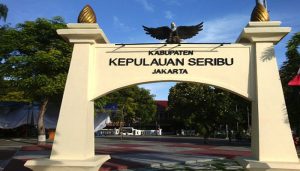 The month of November was a special time for the people of Thousand Islands. The special regency in North Jakarta celebrated its 16th anniversary on November 9, and the event coincided with the official opening of Thousand Islands Festival. The event held at the ‘capital’ of the regency, Pramuka Island ran from November 6 until 12.

The festival is supported the Tourism Ministry and features activities, such as beach clean-up, music performances, and various competitions. The region has been hard at work developing its tourism focusing on community-based tourism. The Thousand Islands have also been getting much exposure in the last year, as the region were mentioned several times in some of Jakarta’s much mentioned events, including last year’s gubernatorial race, and the announcement by the new governor and deputy governor that they will occasionally hold office there.

The upcoming 2018 Asian Games will be held from August until September next year in Jakarta and Palembang, South Sumatra.

Tourism Minister Arief Yahya said the international sports event is one of the ministry’s top three activities aside from Sail Sabang slated from November 28 to December 5, and the 2018 Annual Meetings of the IMF and World Bank that will be held in Bali.  (WP)